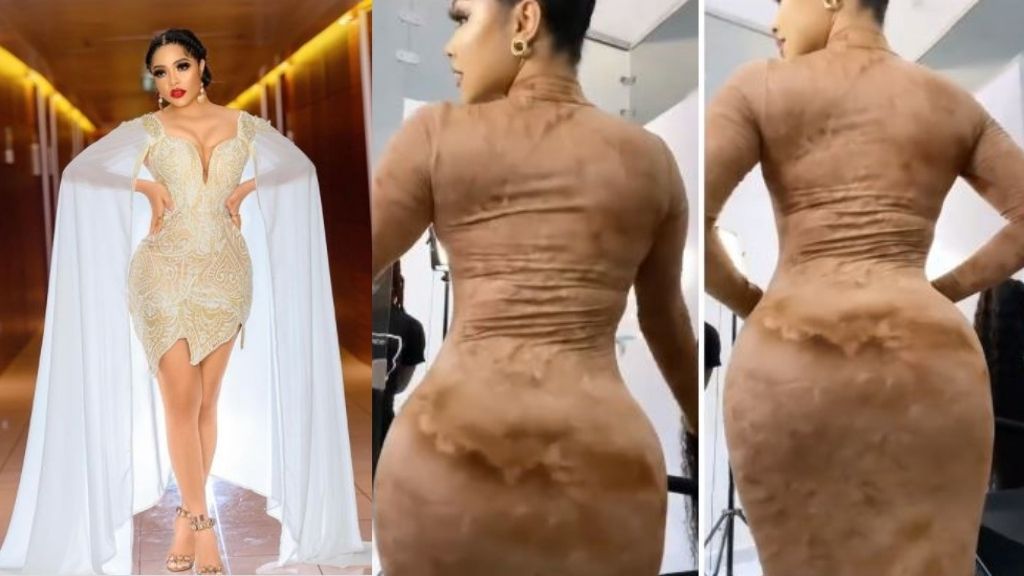 A video has surfaced online where BBNaija 2020 finalist, Rebecca Nengi Hampson causes commotion online as she shows off her heavy backyard.

Nengi who has been one of the most successful BBNaija graduates became one of the most talk-about female celebrities as she acquires Range Rover worth N40 million, just a few months after she bought a mansion in Lagos, leaving fans curious.

In the video that recently hit the internet, the reality TV star shows off her heavy backyard which generated mixed reactions from social media users.

t_gxd: Shake what your doctor gave you

opecole: When I saw backyard I thought you meant where she parks her cars

raphaeljoy_quotes:  Padding plenty abeg. Don’t we like we natural again.