Comedian, Craze Clown narrates his experience with a Lekki hospital 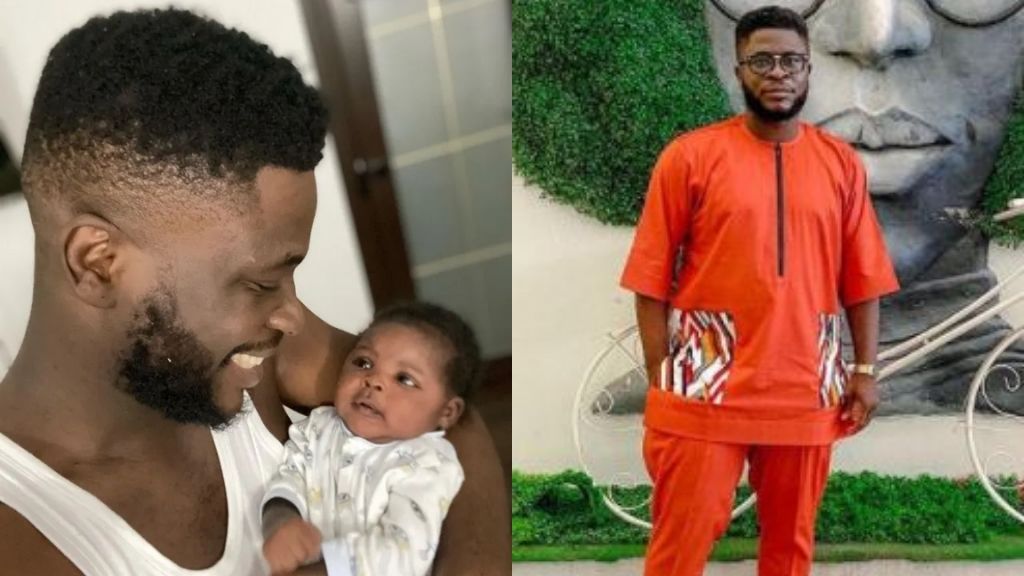 Popular comedian and actor, Craze Clown has taken to social media to share his encounter with an employee of a Lekki hospital.

The comedian, who welcomed his daughter with his girlfriend in December 2020, explained that he called the hospital on Thursday night, Sept 16, to ask if they were still working and also let them know he was bringing a toddler.

However, the person on the other hand didn’t know what he meant by a ‘toddler’, which made him decide against taking his daughter to the hospital.

According to him, he can’t trust a hospital that its staff doesn’t know what a toddler means to properly treat his child.

Crazeclown took to the insta-stories section of his verified Instagram page and wrote;

“Called a hospital in Lekki late last night to see if they are working and I said ‘I’m bringing a toddler’ and she goes ‘WHATS a toddler’. I just hang up! You no fit treat Wetin yo no know! Nonsense and ingredients.” 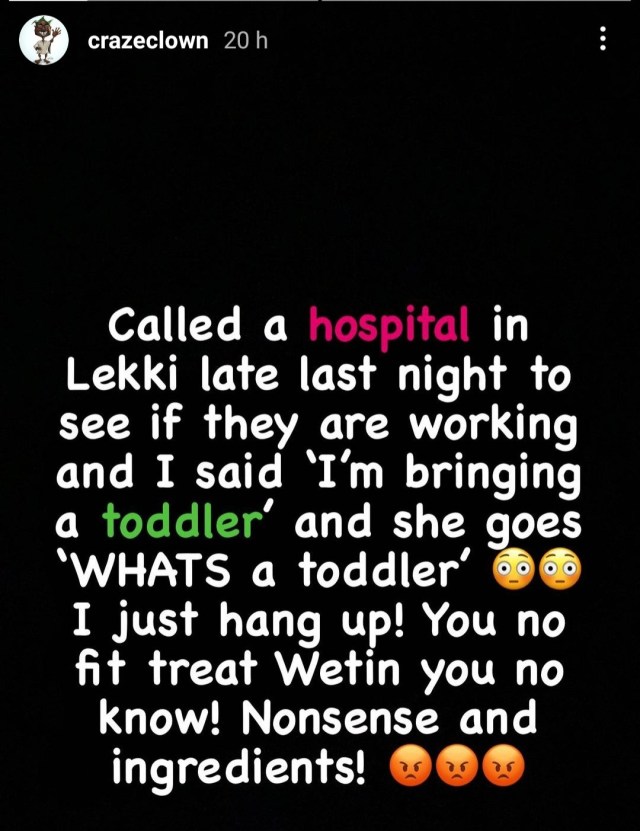