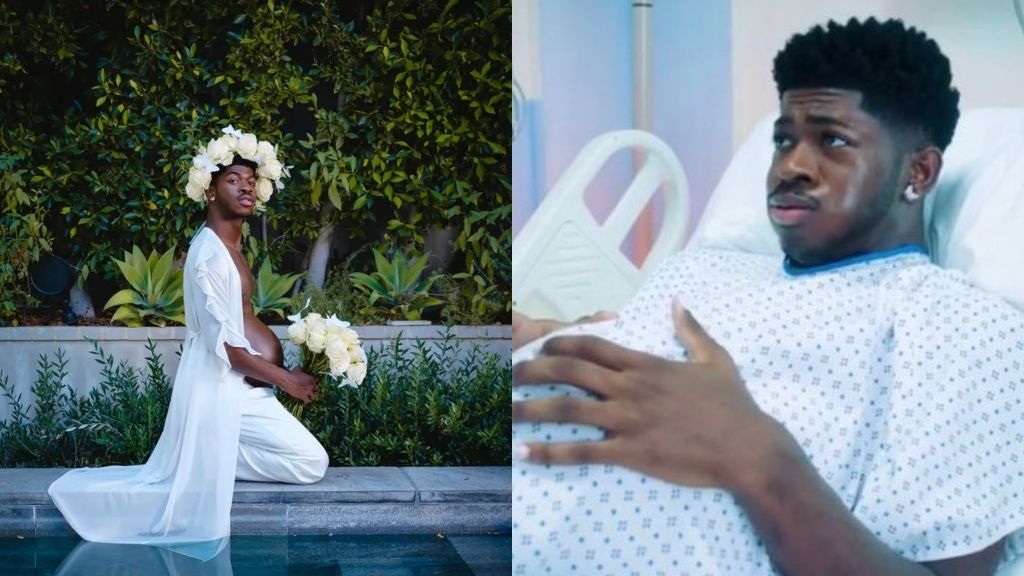 American Hip Hop artiste, Lil Nas X has gotten the internet buzzing yet again, this time with a video of him ‘giving birth’ at the hospital.

The rapper, who shared maternity photos weeks ago to announce his album, says he has finally giving birth to his debut album, “Montero.”

The now-viral clip depicts Lil Nas X being rushed through a hospital wing, with some staff in scrubs at his bedside encouraging him to “push.”

The footage eventually shows the 22-year-old artist delivering a vinyl-sized album cover for the long-awaited “Montero.”

Afterward, the Old Town Road hitmaker cradles the record, stroking its plastic sleeve as he says to the midwives, “It’s already Grammy-nominated.”