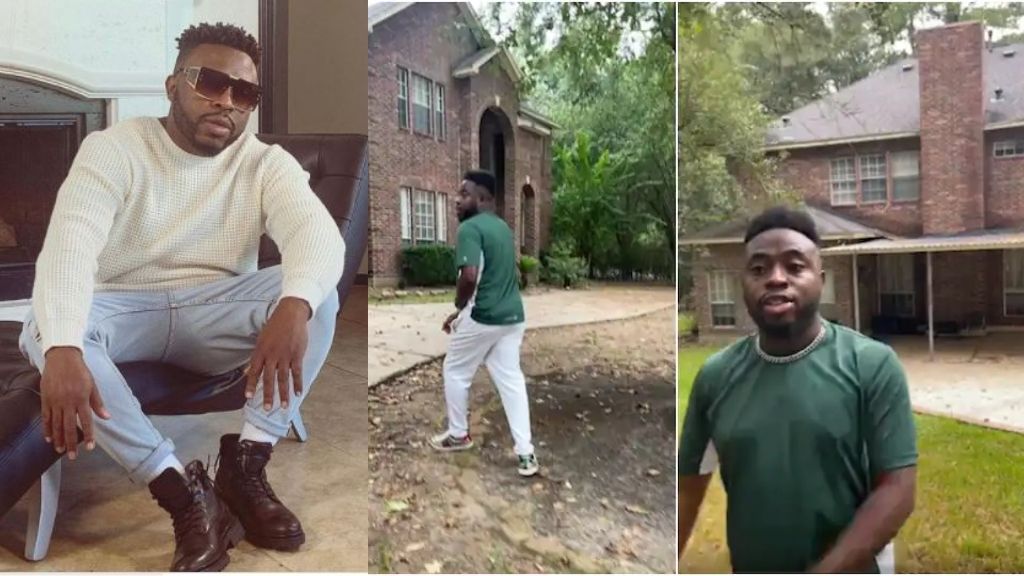 Popular Nigerian music producer, Samuel Oguachuba professionally known at Samklef has joined the league of Nigerians who have houses in the United States of America.

In the video, the music producer stated that he decided to share the news to motivate young people not to be discouraged by their situations.

Urging people to work in silence, Samklef said Nigerians often downlook people who don’t show off. He decided to list the businesses he does that bring him money. Samklef stated that he has Airbnb properties, and a studio that earns him good money monthly. While doing a tour of the house, Samklef noted that he would give it a facelift by painting it.

In the caption that accompanied his video, Samklef urged his followers to work in silence and not show off.

He wrote; “My 1st property in America. Work in silence. Politicians, Pastors, Artist, All my street guys, we no Dey fight again. We don settle. Tag all your politicians to come wash their money.”

In a follow-up post he wrote; “THE PRAYER OF JABEZ. GOD PIKIN

I DID IT WITHOUT THEM. THE STORY OF JOSEPH AND JABEZ IS MY STORY IN THE BIBLE.”

“This is my new neighborhood… Just met Mr Ron and his my new golf buddy…. He taught me how to play golf professionally today. I Will post it 2mr.”

Nigerians as well as celebrities trooped to the comment sections of Samklef posts to celebrate with him.

mcadamz: Many more of this to come my bro. This is just the beginning my bro.

stikahydrotel: Oga keep quiet nobody say make u show off ok if u do na u know there lot of ppls who dnt show off and we know there worth ok,na u go tell us how he dey go for yankee ni.

trenchykidd: TRUTH BE TOLD EH, U GUYS ARE NOT GIVING SAMKLEF HIS FLOWERS… THIS GUY WAS ONE OF THE GUYS THAT MADE THE BIGGEST STARS IN NIGERIA,,, NO 🧢.

efewarriboy: Do give away na. I never chop anything since last week.