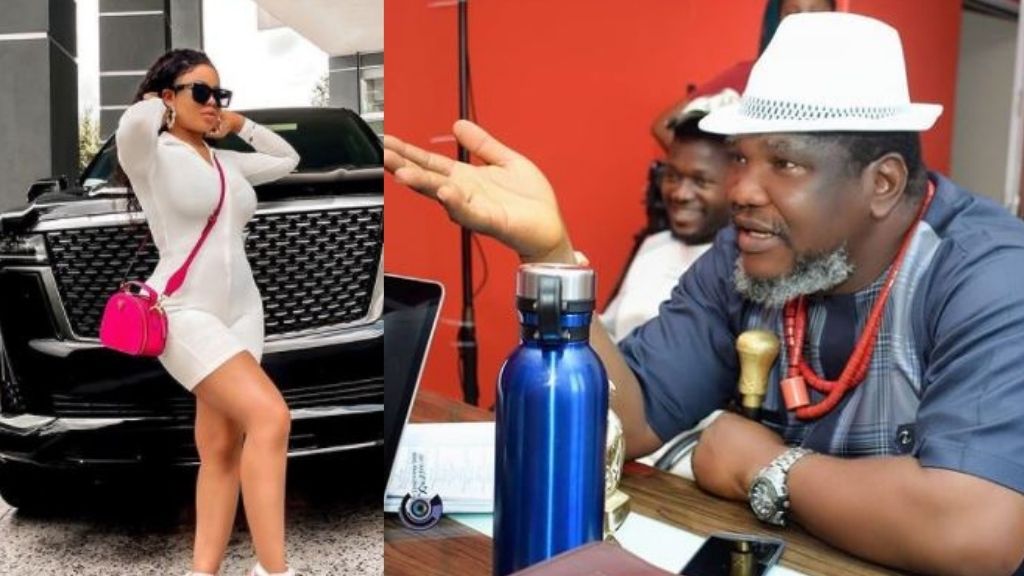 Recall Intel Region reported that, Nina Ivy took to her verified Instagram page to show off photos of her new yansh after 1 month with her fans and followers.

However, actor, Ugezu decided to throw a subtle shade at the BBNaija 2018 ex-housemate following new photos of her yansh.

” Knowing full well that the ifenwa is not the real thing, real men will not be attracted. Odi ka odi kpoba, odi ka odi egolu” 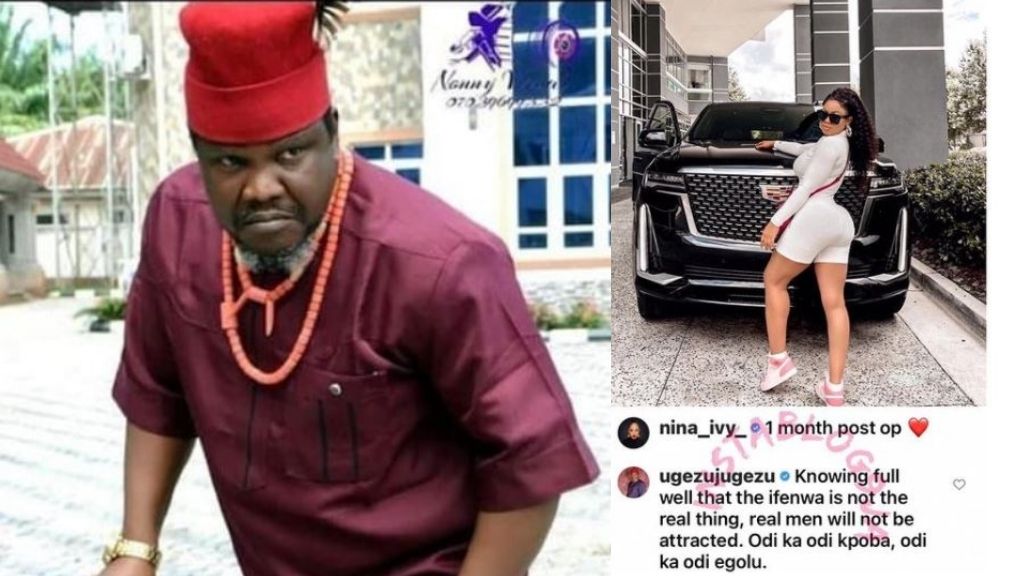 onlychefhalima: But she’s married so the husband might like it,uncle didn’t lie sha but since she’s married and her husband supports,it’s good for her.

fab_deee: She’s a married woman!! Wetin concern her and real men? She already has the one that supported her decision to do surgery🤷‍♀️

andyblayz: This man lied! Once it’s nyash! Men don’t care whether it’s surgery nyash or not! As long as it’s nyash and has center pattin! Dazzol

andyblayz: Nina stand well lemme see if they did the nyash well 😂😂😂

untainted___:  Lol, bitter truth.. I can never be attracted to a fake yansh! It’ll always be at the back of my mind say “Na silicon i dey press” Unless i do not know though