Pension Fraud: Maina back in Court Without Wheelchair 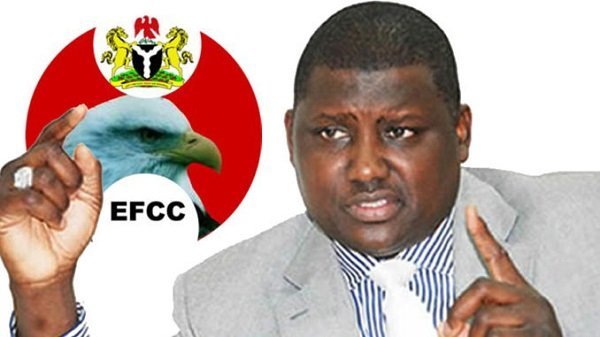 Abdulrasheed Maina, Chairman, defunct Pension Reform Task Team, on Thursday, arrived in the Federal High Court, Abuja, for the continuation of his trial.

Maina, though came into Court 6 without a wheelchair, he was however supported by two men as he walked slowly into the court.

The former pension reform boss, who arrived at the court at about 9.30 a.m., was dressed in a white caftan with a black cap.

His son, Faisal, was also in the same court for trial continuation.

News Agency of Nigeria reports that Justice Okon Abang had, on November 7, fixed today, November 21, for continuation of the trial, following an appeal by the Deputy Comptroller General (DCG), Health and Social Welfare, Nigerian Correctional Service (NCS), H.B. Kori, to the court to give him a week to respond to the court order on the true health status of Maina.