Aged German couple have sued their neighbor and his noisy cockerel, Magda, who crows 100-200 times per day, to court.

76 year old Friedrich-Wilhelm K and his wife Jutta, stated that Magda begins cock-a-doodle-dooing from 8am in the morning and doesn’t shut up for the rest of the day.

Speaking with local television, the husband said, “He doesn’t start until 8am because he is locked up at night but then he crows 100 to 200 times throughout the day”. 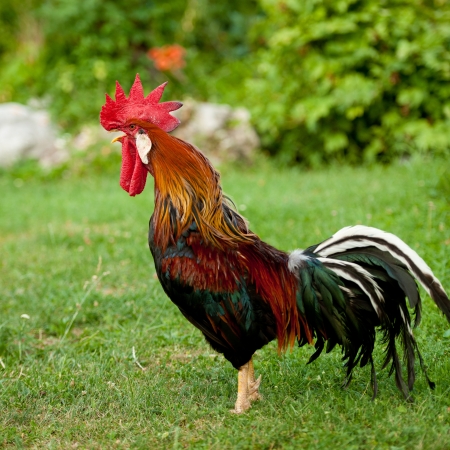 IMPORTANT: You can now Click “HERE” to receive Entertainment gists directly on your WhatsApp!

The couple are set to take their neighbor, Michael, to court over Magda’s crow with the hope of winning the case.

Friedrich furthered, “We can’t use the garden and we can’t open any windows, it’s unbearable. We really did a lot of tests. Our kids tried, our neighbors tried. The neighbor doesn’t give up his rooster and we have to either live with that, or we have to win in court.”

Jutta addeD, “It’s hard to talk about torture, but that’s what it’s like.”

Friedrich-Wilhelm claimed another neighbour was so fed up with the noise they moved away, but he refuses to do the same.

ATTENTION: Click “HERE” to receive gists directly on your WhatsApp!

“Witchcraft or ment?” – Netizens drag BBNaija Bambam over her comments on Sheggz and Bella relationship (Video)