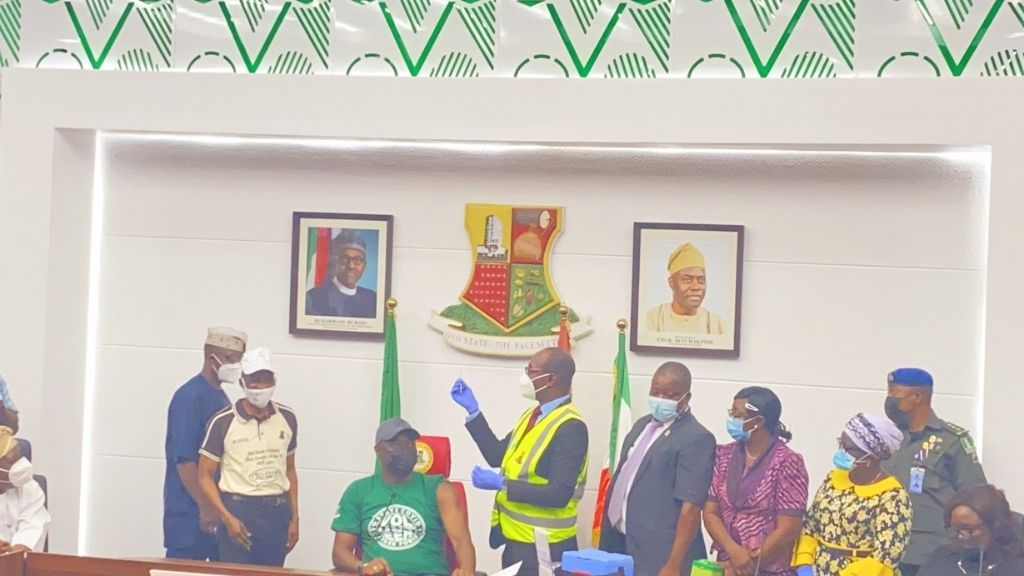 Dr Muideen Olatunji of the Oyo State Primary Healthcare Board, who administered the vaccine to the governor, said recipients of the jab were only likely to have mild reactions.

After receiving the vaccine, Makinde said he ordered that a sterility test be done on the vaccines received because he wanted to be sure that the AstraZeneca which came from India was properly handled and well preserved till it got to the state.

Earlier, state Commissioner for Health, Dr Bashir Bello, stated the result of the sterility test done by the state government at the virology and biorepository lab at the University College Hospital (UCH) Ibadan, confirmed that the vaccine received was free of any form of micro bacteria, fungi and is strictly for COVID-19.

The state had on March 10 received 127,740 doses of the vaccine from the Federal Government for administration to residents of the state.