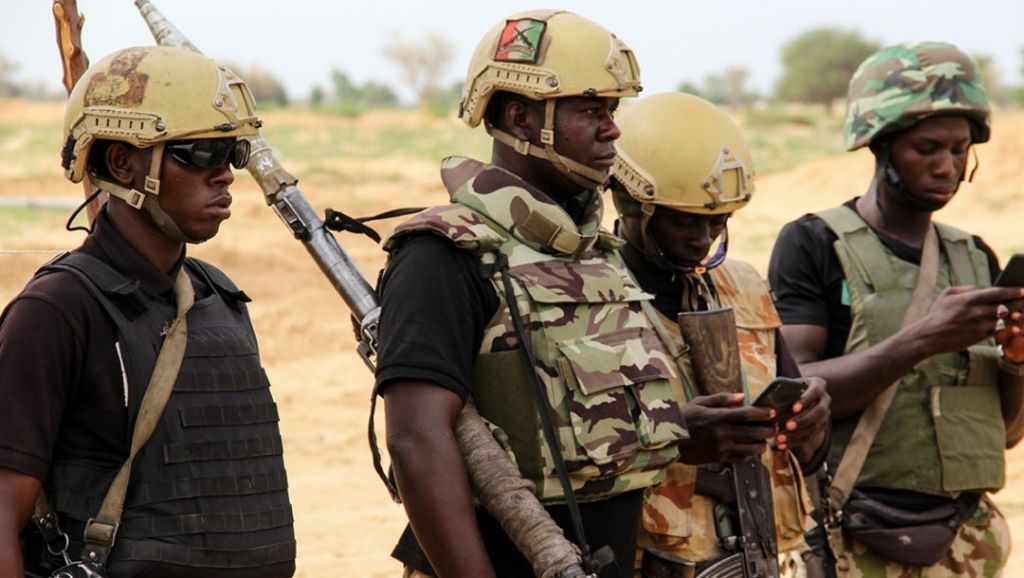 At least 16 Nigerian soldiers and two anti-jihadist militia have been killed in an ambush by IS-allied fighters on their patrol on a highway in northeast Borno State, two military sources told AFP on Thursday.

Wednesday’s attack was one of the deadliest this year by Islamic State West Africa Province (ISWAP) on Nigeria’s armed forces who are battling a grinding 12-year-old Islamist insurgency in the country’s northeast.

Terrorists detonated roadside bombs before opening fire with rocket-propelled grenades and heavy weaponry on the convoy travelling on a highway between Borno state capital Maiduguri and Monguno garrison town, the sources said.

“Sixteen soldiers and two members of the Civilian JTF (militia) paid the supreme price in the attack while two soldiers were taken hostage by the terrorists,” one military officer said.

Eleven more troops were wounded in the attack in which several military vehicles were destroyed, said the officer who asked not to be identified as he was not authorised to speak to the media.

An army spokesman did not immediately answer calls seeking comment.

Another military source said the terrorists had detonated seven improvised explosive devices planted in the road as the convoy drove past. He gave a similar casualty toll.

ISWAP on Wednesday claimed responsibility for the attack, saying its fighters killed 25 troops in an ambush on a military convoy, according to SITE, which monitors terrorists activities.

he highway ambush was the most high-profile since ISWAP began consolidating its position in Nigeria’s northeast following the death of rival Boko Haram commander Abubakar Shekau in May.

Shekau died during infighting between his men and ISWAP militants in his Sambisa forest enclave, which has fallen under ISWAP control.

ISWAP has recently intensified attacks on civilians along the 135-kilometre (84-mile) Maiduguri-Monguno highway where they set up checkpoints, robbing and killing motorists, according to accounts of local residents.

The near daily attacks prompted military patrols along the highway, the military sources said.

Since 2019, soldiers have shut down some smaller army bases and moved into larger, fortified garrisons known as “super camps” in an attempt to better resist militant attacks.

But critics say the “super camp” strategy has also allowed militants more liberty to move around in rural areas and left travellers more vulnerable to kidnapping.

More than 40,000 people have died in Nigeria’s conflict and over two million more have been displaced from their homes by the fighting.