The Ramadan crescent moon has been sighted in Saudi Arabia on Friday evening, meaning the holy month will officially begin on Saturday, 2nd April, 2022.

Muslims follow a lunar calendar consisting of 12 months in a year of 348 or 360 days. Sighting a crescent moon heralds the start of Ramadan, the ninth month of the Islamic calendar.

During the holy month of Ramadan, Muslims have to abstain from eating, drinking, and smoking from dawn to sunset.

While Saudi Arabia has declared the commencement of the 2022 Ramadan, Nigerians are still waiting for the official announcement of the Sultan of Sokoto, Sa’ad Abubakar III who is the spiritual leader of Muslims in the country.

A tweet by Haramain reads: “NEWS | The Crescent Moon has been sighted in Sudair, Saudi Arabia. #Ramadan 1443 will begin tonight. The first night of Taraweeh prayers will commence in Haramain after ‘Isha.

“May Allāh ﷻ accept our siyām, qiyām & acts of worship and may He grant us the ability to utilise every precious moment of this Blessed month to engage in that which pleases Him. Aameen” 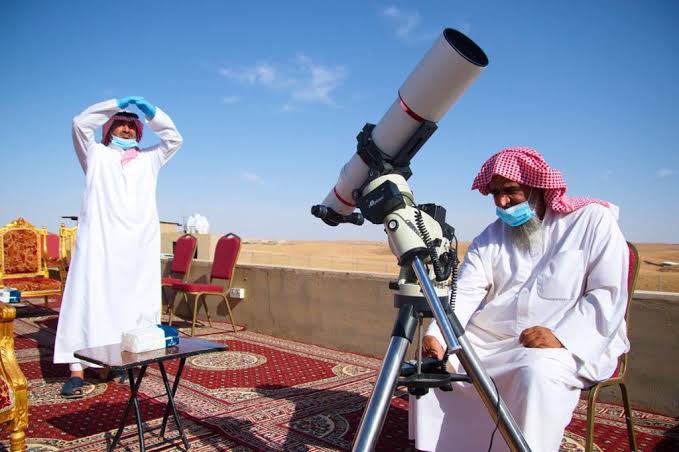 JUST IN: Tinubu arrives Nigeria amid cheers from supporters (Video)