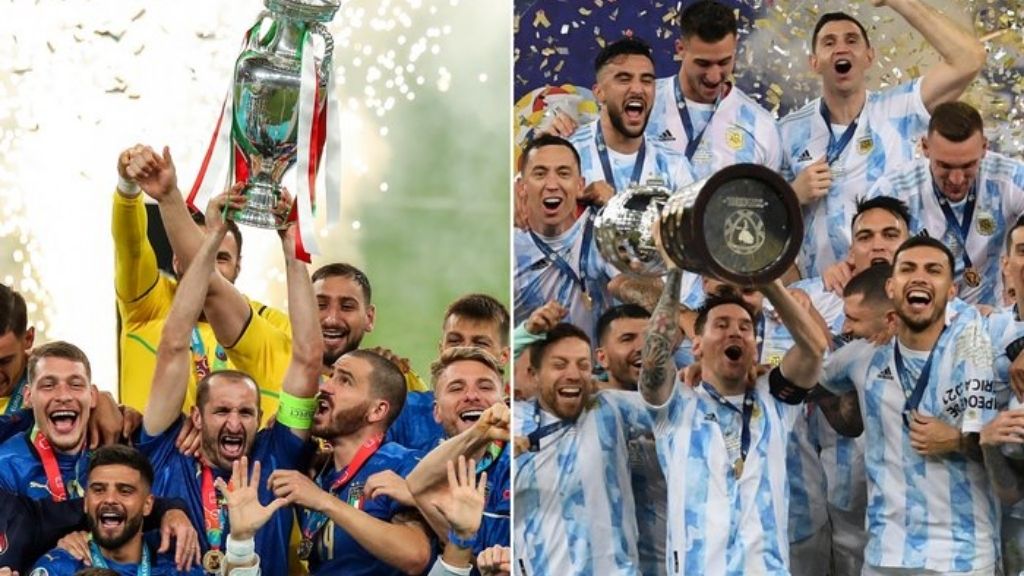 UEFA and CONMEBOL have agreed to hold a series of matches between the European Championship and Copa America winners.

Euro 2020 winners Italy and Copa America champions Argentina will face each other in a friendly in June next summer — although a venue for the game is yet to be confirmed.

There will also be further games held between the winners of each competition after the next two editions of each tournament.

A statement from the two governing bodies read: “UEFA and CONMEBOL have today announced the broadening of their existing cooperation as well as the staging of a match between the UEFA EURO 2020 winners Italy and the CONMEBOL Copa America 2021 winners Argentina during the international window in June 2022 at a venue to be confirmed

“The organising of this match is part of the expansion of the cooperation between UEFA and CONMEBOL, which notably includes women’s football, futsal and youth categories, the exchange of referees, as well as technical training schemes.

“The agreement reached by the two organisations currently covers three editions of this match between the respective continental winners, and also includes the opening of a joint office in London, which will be in charge of coordinating projects of common interest.

“By reaching this agreement, UEFA and CONMEBOL express their commitment to the development of football beyond their geographical zones, as a bridge uniting people, countries, continents and cultures.”