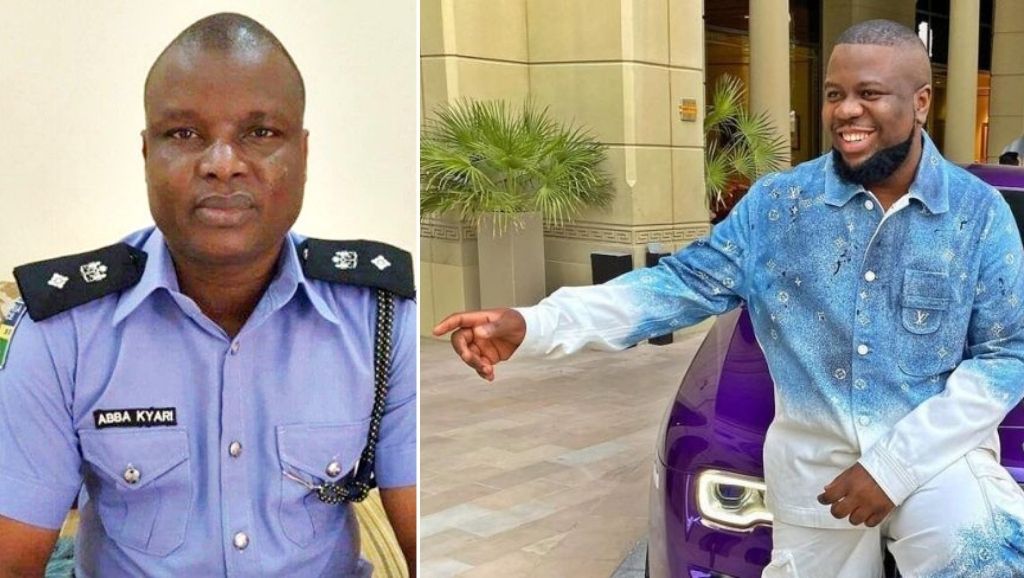 Embattled Nigerian fraudster, Hushpuppi has made a shocking revelation to the United States Department of Justice alleging that he bribed Abba Kyari, a famous deputy commissioner of police (DCP), to arrest a co-fraudster after they had a fallout.

The Instagram personality, who is known for his luxury life, was arrested in the UAE in June 2020 alongside 11 of his associates over allegations bordering on hacking, impersonation, scamming, banking fraud, and identity theft.

His extradition to the US had followed after the UAE police detailed his arrest in a special operation dubbed ‘Fox Hunt 2’ where he was accused of defrauding 1.9 million victims to the tune of N168 billion.

Hushpuppi was thereafter arraigned and detained at the Metropolitan Correctional Center (MCC) in Chicago ahead of his trial.

The embattled Instagram celebrity had recently pleaded guilty to the money laundering charges against him, risking 20 years imprisonment.

A version of Abbas’ plea agreement filed late Tuesday outlines his role in the school-finance scheme, as well as several other cyber and business email compromise schemes that cumulatively caused more than $24million in losses.

Officials said in court filings that Abbas disclosed during interrogation that he paid bribes to Nigeria’s police chief, Kyari, to have one of his rivals arrested and jailed in Nigeria following a dispute over a $1.1million dupe of a Qatari businessperson.

Abbas had asked Kyari to arrest and jail a fellow fraudster Kelly Chibuzor Vincent after both were locked in a dispute presumably over how to share the $1.1million loot received from the Qatari businessperson.

Vincent subsequently contacted the victim and informed them that they were being scammed by a syndicate involving him and Abbas.

This elicited anger from Abbas, who contacted Kyari to arrest and jail his rival over the dispute. Abbas said Kyari sent pictures of Vincent in jail and subsequently sent his bank account number to Abbas to which a wire transfer should be made having done a good job as sent by Abbas.

“Court documents outline a dispute among members of the conspiracy, which allegedly prompted Vincent to contact the victim and claim that Abbas and Juma were engaged in fraud. After this contact, Abbas allegedly arranged to have Vincent jailed in Nigeria by Abba Alhaji Kyari, 46, of Nigeria.

“According to the affidavit, Kyari is a highly decorated deputy commissioner of the Nigeria Police Force who is alleged to have arranged for Vincent to be arrested and jailed at Abbas’ behest, and then sent Abbas photographs of Vincent after his arrest. Kyari also allegedly sent Abbas bank account details for an account into which Abbas could deposit payment for Vincent’s arrest and imprisonment,” U.S. Justice department said in a statement.

After the $1.1 million fraud was successful, Abbas spent $230,000 on a watch and also bribed officials at St. Kitts and Nevis for his citizenship of that island country.

“Approximately $230,000 of the stolen funds allegedly were used to purchase a Richard Mille RM11-03 watch, which was hand delivered to Abbas in Dubai and subsequently appeared in Hushpuppi’s social media posts.

“Other illicit proceeds from the scheme were allegedly converted into cashier’s checks, including $50,000 in checks that were used by Abbas and a co-conspirator to fraudulently acquire a St. Christopher and Nevis citizenship, as well as a passport for Abbas obtained by creating a false marriage certificate and then bribing a government official in St. Kitts,” officials said.

As of the time of this report, Kyari had yet to react to the claims against him by the embattled socialite.

“This man came from nothing to build everything for his family” – Kiddwaya hails his Billionaire father, Terry Waya (Video)