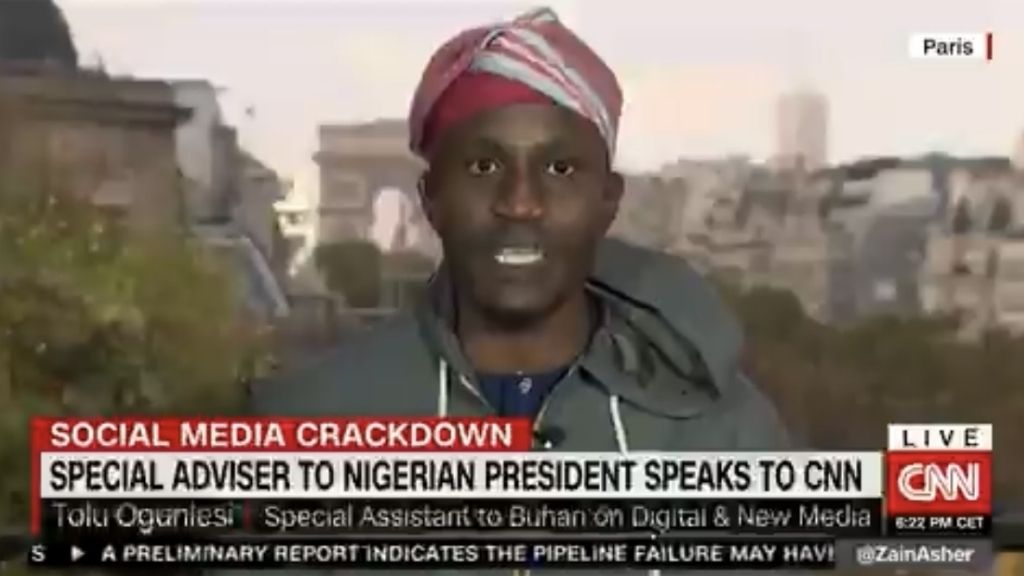 Tolu Ogunlesi, a  Special Assistant  on Digital and New Media  to President Muhammadu Buhari, tried unsuccessfully to defend the regime’s illegal and indefinite suspension of Twitter in Nigeria.

Mr Ogunlesi appeared on a CNN segment with Larry Madowo on Wednesday, where he was asked whether he was in support of the ban or not.

“Ahm well, so I, I, I, you know, I’m not, you know, the government of Nigeria has made a decision.

You know aah.. and for me, no it’s so, I’m not sure that’s the question you should be asking me,” Mr Ogunlesi said as the host pushed him to give a yes or no response.

I think it’s a win-win actually for both twitter and the government of Nigeria.

That’s certainly the view I get out of the um negotiations. It’s a win-win for both parties and ehm, I’m happy about that?”

Mr Madowo quickly pushed back that the unconstitutional and repressive measure could not have been a win-win as Mr Ogunlesi suggested because Nigerians have already deployed VPNs to bypass the restriction and continue to use Twitter to carry out their businesses and comment on state policies.