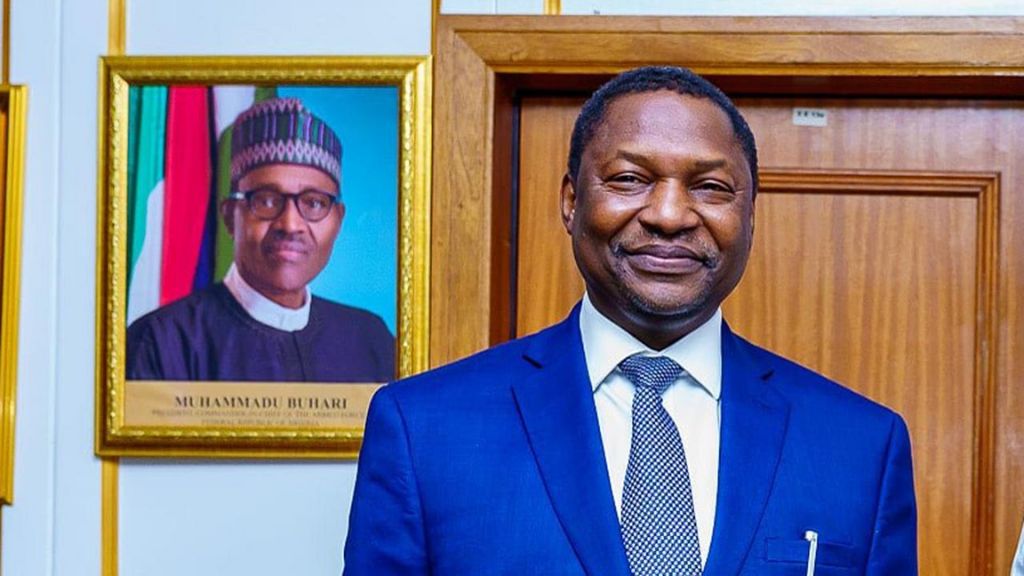 The federal government has identified at least £2 billion stolen funds to be recovered from different countries of the world, the Attorney-General of the Federation, Abubakar Malami, has said.

Mr Malami, who is also the Minister of Justice, said the money which amounts to about N1.12 trillion (at the official exchange rate of £1 to N560), is only a part of Nigeria’s looted assets being pursued in different countries, including the United Kingdom (U.K.) and Ireland.

“We are looking to recover further about £2 billion among others, but then, that does not mean to say that no other associated assets are being pursued in other countries of the world, including Ireland and other countries.

“We are pursuing a lot of assets across the globe and we are coordinating further meetings relating to the new recovery in the U.K associated with certain personalities,” Mr Malami said.

Mr Malami’s spokesperson, Umar Gwandu, shared the video clips of the minister speaking with journalists on the sideline of the ongoing 76th United Nations General Assembly in New York, United States, on Tuesday.

The minister disclosed that the federal government had recovered about $700 million in stolen funds stashed in foreign countries in the past four years.

He said the federal government was “building consensus” in an effort to ensure the repatriation of the £2 billion and Nigeria’s other stolen funds in different parts of the country. He did not give details.

“But then I would not like to give further disclosure taking into consideration the need not to be preemptive as far as our strategy is concerned,” he said.

“We are building consensus in terms of driving resolutions and processes associated with assets recovery; so when we are pursuing the assets in their own right, we are equally trying as much as possible on what we can do in building consensus around making the process of recovery (easier) locally and internationally.”