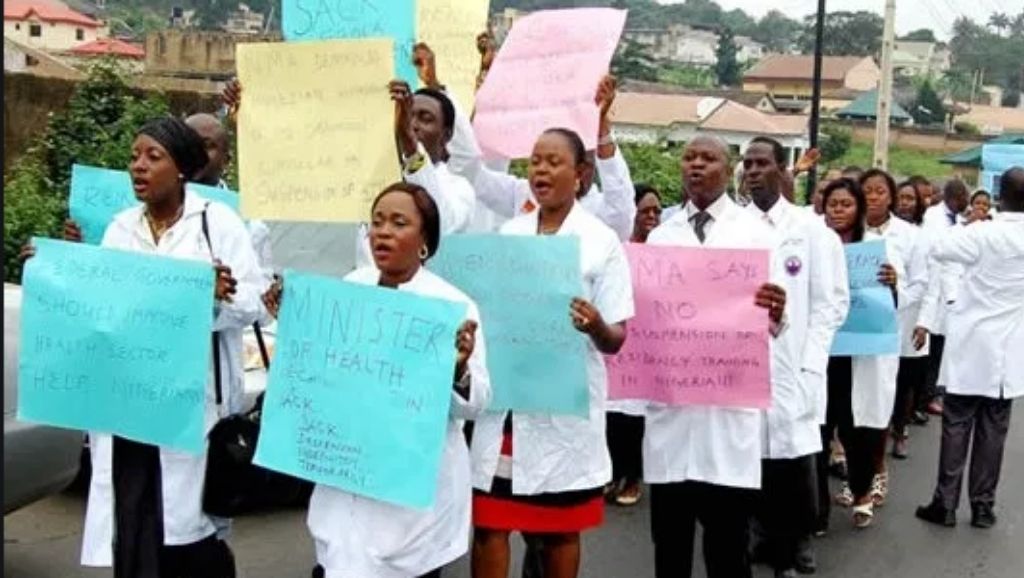 Following the outcome of its emergency delegates meeting, in Abuja, the Nigerian Medical Association, NMA, has advised the National Association of Resident Doctors, NARD, to suspend its nationwide strike. according to Vanguard

In a communiqué signed by its Secretary General, Dr Ekpe Philips Uche, the NMA said the advice was based on the ongoing intervention by the Association.

This Newspaper also reported that other resolutions by the NMA at the meeting included; a mandate to the National Officers Committee, NOC, to ensure speedy implementation of the Memorandum of Understanding, MOU, signed with the Federal Government of Nigeria on the 21st of August, 2021 and the NOC to report back to the National Executive Council, NEC, of NMA periodically on the progress being made on the implementation of the MOU.

The NMA also mandated the NOC to continue to interface with the Chairmen of the state branches including the FCT on the progress being made.

They further disclosed that the meeting which lasted for about seven hours had in attendance members of the National Officers Committee, NOC, Past Presidents, Past Secretaries General, Presidents and National Officers of Affiliates, Chairmen of the 36 State branches, FCT and their delegates.

The only agenda at the meeting was the review of the progress of the implementation of the Memorandum of Understanding between the Federal Ministry of Labour and Employment and the Nigerian Medical Association and was presided over by the President of the Association,  Professor Innocent Ujah.