Police parades Man who kidnap people through Facebook, explains how he operates 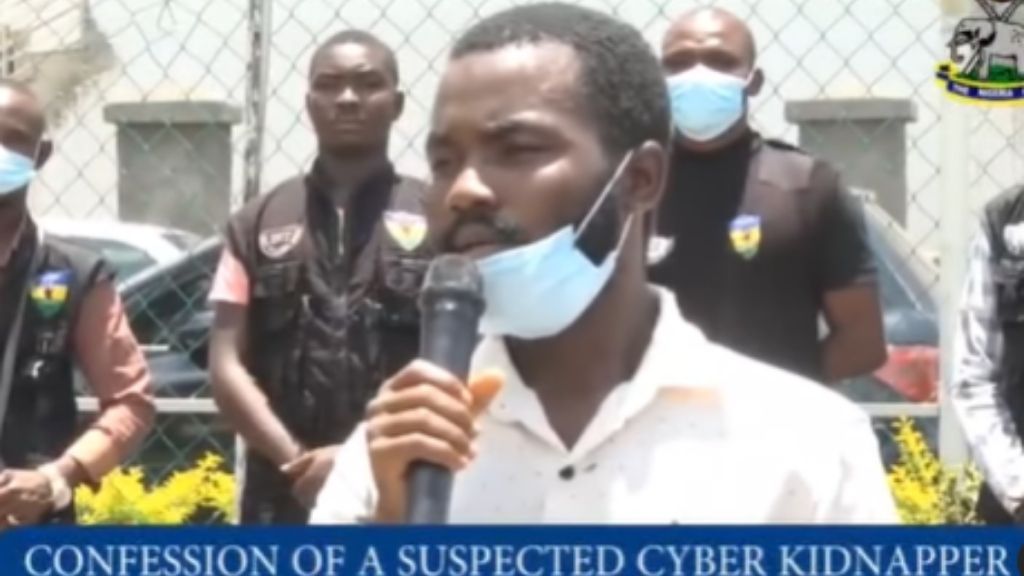 A man who uses  Facebook platform to lure innocent  victims into abduction has revealed how he carries out his operations.

He made the revelation after he was arrested by Anti Kidnapping unit of  the Nigeria Police Force.

From the intel, INTEL REGION gathered, the man is identified as Sadiq Abubakar, an indigene of Kogi state, he revealed that he uses a fake name on Facebook known as Samuel Johnson.

Identified as Sadiq Abubakar, an indigene of Kogi state, he revealed that he uses a fake name on Facebook known as Samuel Johnson.

In a video posted on Instagram via Linda Ikeji Blog the online kidnapper said that sometimes he would send the ladies friend request and at other times, they would be the ones to send him a request.

They would then exchange  chat and they would become friends, after a while he invites them over, abduct  them and ask for a ransom.

He said: ”Sometimes they (the women) do send online request and sometimes I do send them friend request, We become friends. I invite them and from there I capture them and ask for a ransom. So that is what I do.”

He also said that it is quite easy to deceive these women. He advised women to be careful.