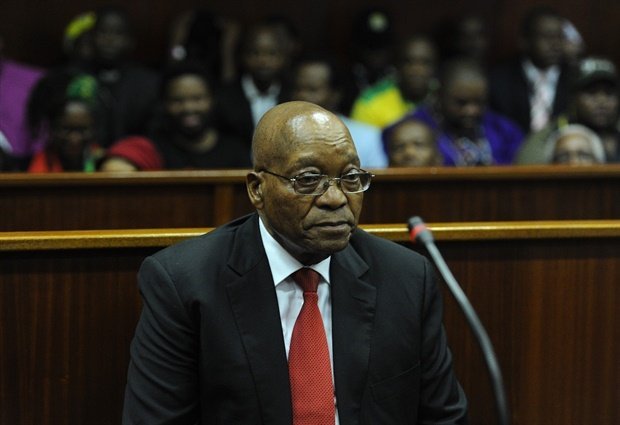 A South African Court of Justice has on Tuesday issued an arrest warrant for South Africa’s former president Jacob Zuma after he failed to appear for a pre-trial hearing over corruption charges he faces related to a 1990s arms deal.

The execution of the arrest warrant will be however deferred until May 6 when the case is due to resume.

The High Court in the southeastern city of Pietermaritzburg issued the warrant after it questioned the authenticity of the sick note submitted by Zuma’s Lawyer which was said to have been signed by a military doctor.

“The court accepts that Mr Zuma may be unwell,” said judge Dhaya Pillay. “But this court needs reliable evidence that Mr Zuma is indeed ill.”

“It is not clear that (the doctor) is indeed a regular practitioner,” she said.

Zuma’s lawyer Dan Mantsha told reporters outside the courtroom that “our courts have no sympathy, no compassion”.

“We are very concerned when courts issue warrants under the circumstances like this when the whole country knows that president Zuma is not well … indeed president Zuma underwent two operations in early January this year,” he said, adding that the entire country knew Zuma was outside the country.

“When you start to issue warrants under such circumstances, people start to question whether we are all equal under the law,” Mantsha said.

Zuma was due to appear in court on Tuesday for a pre-trial hearing in a case that has seen numerous legal turns over a decade and a half.

Summarily, Zuma faces 16 charges of fraud, graft and racketeering related to the purchase of fighter jets, patrol boats and military equipment when he was deputy to the country’s second black president, Thabo Mbeki.

Both Zuma and French defence company Thales, which supplied equipment for navy vessels had deny the charges against them.

Zuma was forced to step down in 2018 by the ruling African National Congress party after a nine-year reign marked by corruption allegations and dwindling popularity.