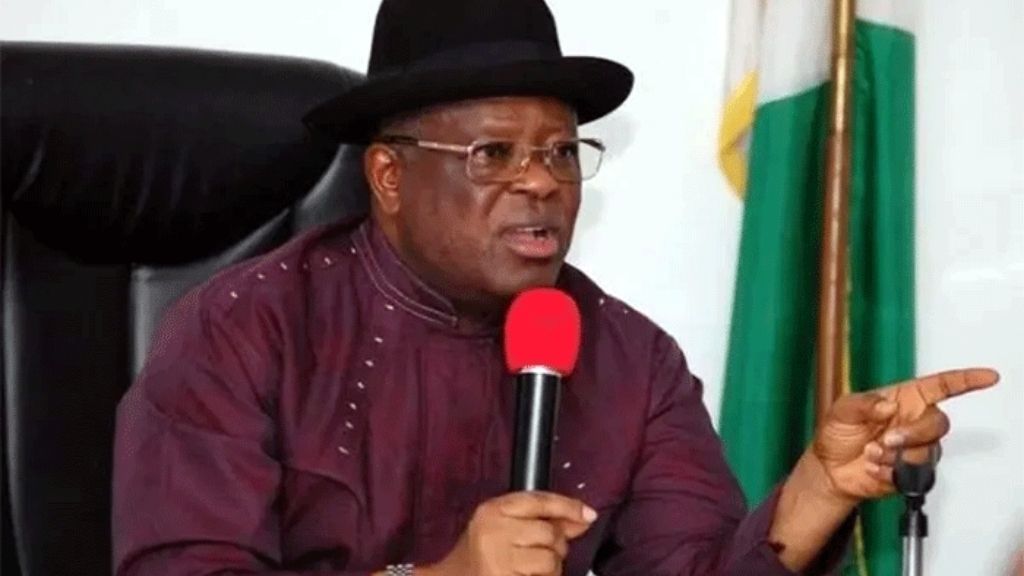 Umahi, who spoke Wednes­day, said the era of people dish­ing out falsehood in any form to the members of the public was over.

He added that anyone found culpable would face the wrath of law.

The Governor was reacting to the  criticisms arising from the arrest and detention of a former presenter in Ebonyi State Broadcasting Corpora­tion (EBBC), Godffery Chikw­ere, by the police.

The Governor was reacting to the arrest and detention of a former presenter in Ebonyi State Broadcasting Corpora­tion (EBBC), Godffery Chikw­ere, by the police.

Chikwere, who is also a former Technical Assistant to Governor Umahi, was arrested by the police following a petition against him by the state govern­ment over a post on his social mediahandle, whichthegovern­ment said was in contravention of the new state cybercrime. Umahi said Chikwere would face the wrath if the law.

“I didn’t arrest Baby mouth, I didn’t arrest him. It is import­ant to note now that we have a law on fake news. Both my journalists and aides should note that fake news coming from anybody is answerable and there is nothing wrong about this development.

The Federal Government has its own, cybercrime law; and until we deploy this, our society will continue to go bad. “You don’t just wake up and begin to tarnish people’s image.

The young man is from Enugu and they carried the flag off of army activities in Enugu State (referring to Operation Golden Dawn, Enduring Peace and Still Water) and he didn’t com­ment on it. But when it was flagged off in Ebonyi, he now started to incite Ebonyi people against the army so that the Army will now have confron­tation with our people. “It was done in Anambra, it was done in Enugu. Why is that, it was done in Ebonyi and somebody from Enugu State who was hired to destroy the state will start commenting? People have been begging for his release but it is not in my hands, he must go to court. They can call me any name, I don’t care,” he concluded.