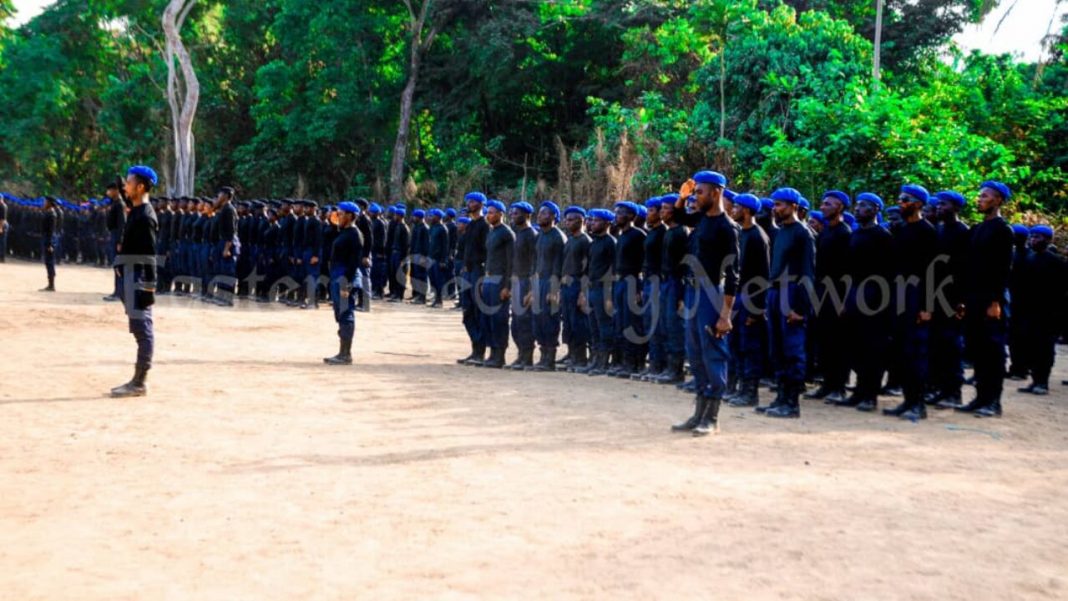 The incident, which was said to have occurred around 5:30 am, also saw the destruction of some tricycles.

The leadership of IPOB declared a sit-at-home in the Southeast to commemorate the killing of 28 IPOB members in the house of its leader, Mazi Nnamdi Kanu in Afara Ukwu community, Abia State on September 14, 2017 by military operatives.

From the Intel we gathered from INTEL REGION the driver of the bus supplying Chimex Bread was accosted at Orie Emene by the hoodlums and told to turn back.

The driver kept pleading with them for passage, an action that angered the hoodlums, who dragged him out of the vehicle, looted the bread before setting the bus ablaze.

It was gathered that shortly after the incident, a detachment of a combined security operatives made up of police and soldiers stormed the Orie Emene axis and started shooting indiscriminately and arresting anybody on sight.

The shooting and subsequent arrest, it was gathered forced residents of the area and neighbouring communities to stay indoors.

Our correspondent, who monitored the development around the area, reports that some tricycles were also destroyed at Ekulu Bridge Enugu- Abakaliki Expressway near Coal City University and some other parts of the state capital.

But there was free movement of private vehicles and tricycles within the city centre.

However, banks, shops, offices, markets, parks, malls and business centres among others within the metropolis remained shut.