Bruno Fernandes scored both goals as Portugal secured a World Cup last-16 place with a 2-0 win over Uruguay at Lusail Stadium.

The Manchester United midfielder broke the deadlock in a scrappy Group H clash when his 54th-minute cross, which was aimed at Cristiano Ronaldo, nestled in the far corner.

He then wrapped up the points with a stoppage-time penalty and almost had a hat-trick as Fernando Santos’ side joined France and Brazil in sealing their passage to the knockout stages with a game to spare.

The win saw Portugal avenge their 2-1 defeat by Uruguay in the last 16 of the 2018 competition in Russia. 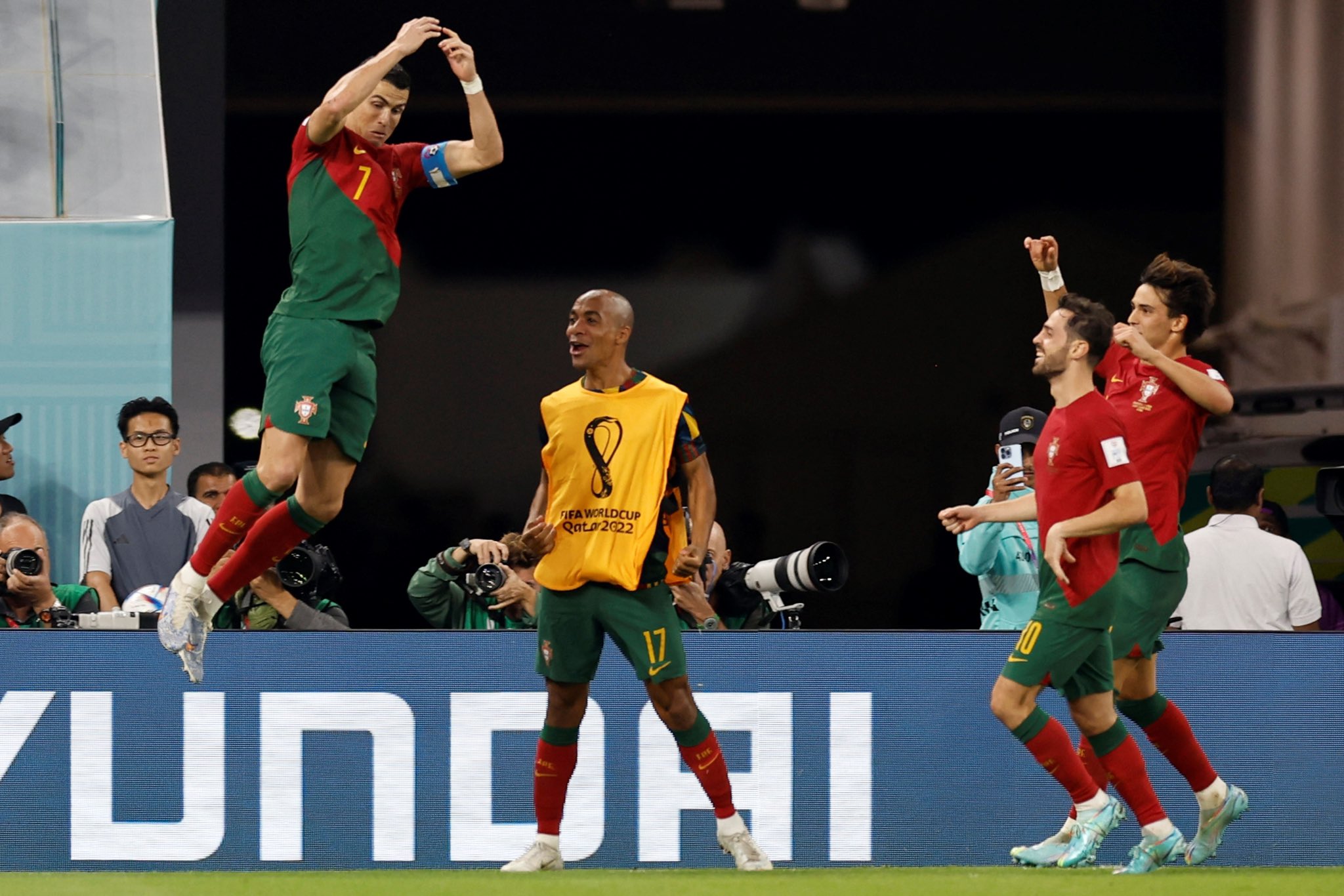 Chances did not fall freely during the opening half-hour, with neither side registering a shot on target. William Carvalho’s sweetly struck volley was just too high, while Jose Gimenez sent a looping header narrowly over the crossbar.

The game’s first attempt on target in the 32nd minute almost provided one of the goals of the tournament when Rodrigo Bentancur embarked on a jinking run through the Portugal defence.

But the Uruguay midfielder’s finish let him down, as he shot straight at Diogo Costa when clear on goal.

La Celeste were aiming to become the first nation to record six straight clean sheets in the World Cup group stages, but they were given a warning when Joao Felix hit the side netting in the 51st minute.

Fernandes then opened the scoring three minutes later when his attempted centre, which Ronaldo initially appeared to faintly connect with, evaded Sergio Rochet.

Uruguay looked to respond as Maximiliano Gomez rattled the post and Luis Suarez hit the side netting, but Portugal sealed victory when Fernandes calmly slotted home from 12 yards after VAR penalised Gimenez for handball.

Fernandes twice went close to completing his hat-trick in the dying moments, Rochet saving his volley before he rattled the woodwork from 20 yards.

Portugal will to face south Korea on Friday, while Ghana will be tussling with Uruguay at Al Janoub Stadium.

Nigerian footballer collapses and dies during match in Spain