Richarlison’s second-half brace including a stunning outrageous bicycle kick, gave tournament favourites Brazil a 2-0 win over Serbia in their opening World Cup game at the Lusail Stadium on Thursday.

The five-time World Champions had toiled at times in the first half but improved after the break and were rewarded when Tottenham Hotspur striker Richarlison followed in to score the opener in the 62nd minute when a Vinicius Junior shot was saved.

Vinicius then set up Richarlison to score again in the 73rd minute with a stunning acrobatic effort that is surely the goal of the World Cup so far.

The result continues Brazil’s superb record in the World Cup group stage, in which their last defeat came in 1998 against Norway, when they had already secured a place in the next round. 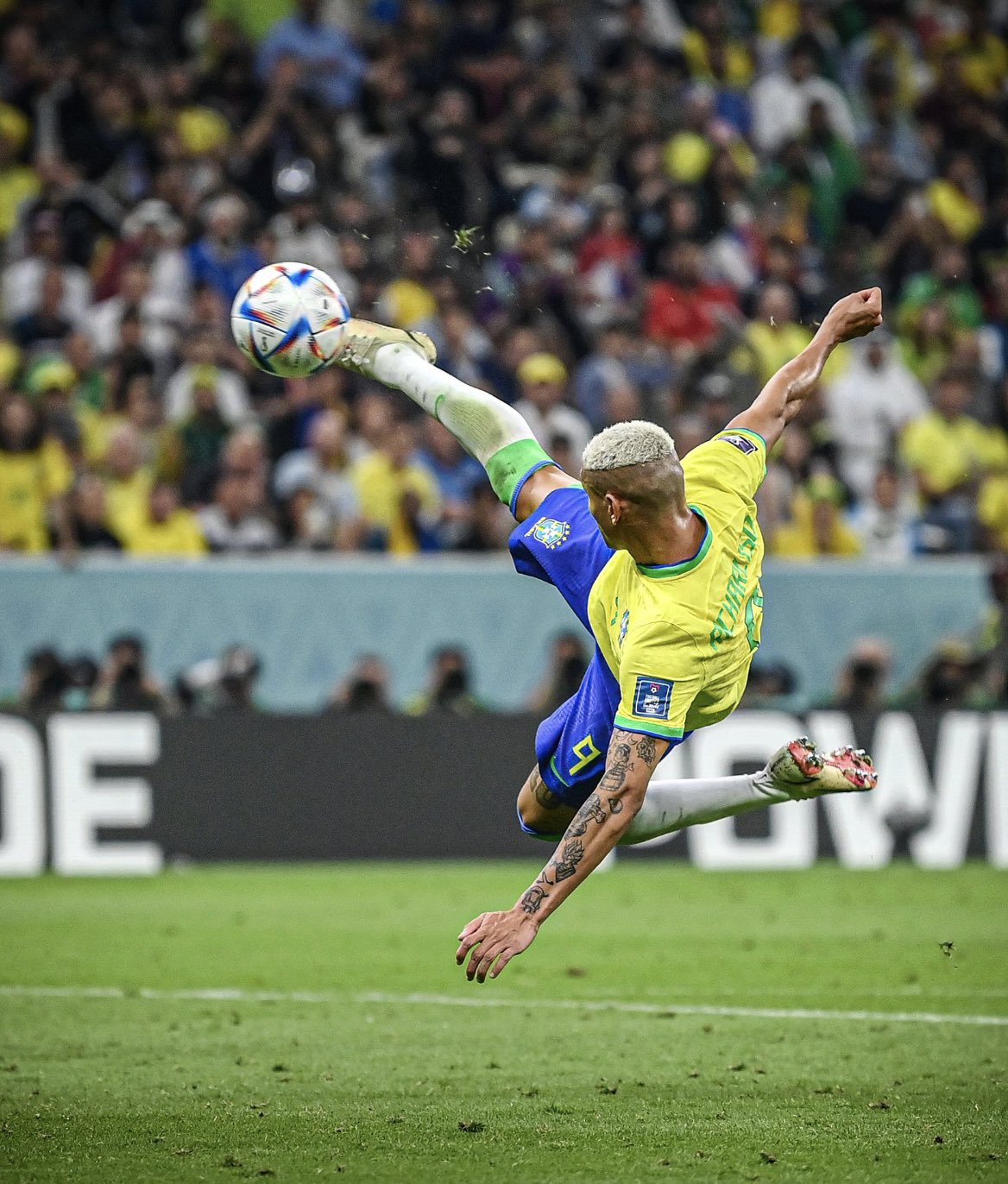 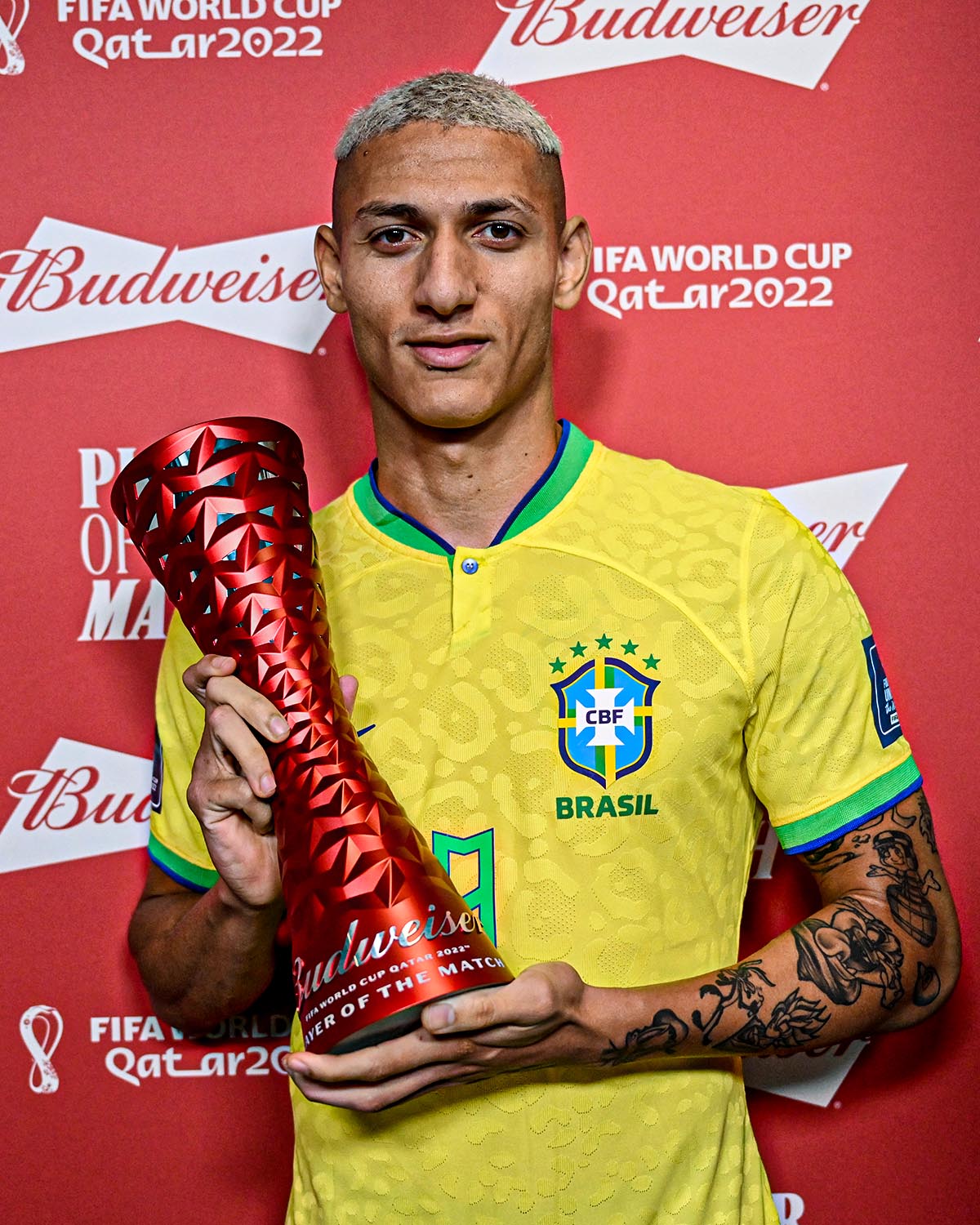 Tite’s side are now already on top of Group G ahead of Switzerland, who beat Cameroon 1-0 earlier and who are Brazil’s next opponents.

The scoreline here was the same as when these sides met in the group stage in 2018 but Brazil are determined to do far better than four years ago, when they lost to Belgium in the quarter-finals.

They have come to Qatar as the favourites for a sixth title, two decades after their last victory.

Other results in the opening round of matches in Qatar served as a warning, with their great rivals Argentina suffering a shock defeat to Saudi Arabia at the same stadium and Germany being shocked by Japan.

However, Brazil would have known not to take Serbia lightly, given that the side who lie 21st in the FIFA rankings are one of Europe’s most improved teams and topped their qualifying group above Portugal.

Watch the highlights below;

Yet it still would have been a huge shock for Brazil to lose at a ground where they intend to return for the final on December 18.

Tite sent out a very attack-minded side, with Neymar in support of Richarlison while Raphinha and Vinicius occupied the wings and Lucas Paqueta added creativity in central midfield.

Neymar, the world’s most expensive player, kicked off needing just two goals to equal Pele’s all-time record tally of 77 for Brazil, but he will have to wait a little longer to get them.

Serbia did their best to frustrate the Paris Saint-Germain superstar, who come close to scoring direct from an early corner that would have raised the roof at the magnificent Lusail Stadium, where the stands were filled with yellow and green.

The best Brazilian moments in the first half came when Thiago Silva’s defence-splitting pass found Vinicius in the box, only for goalkeeper Vanja Milinkovic-Savic to thwart the Real Madrid man, and when Raphinha played a one-two with Paqueta before his shot was saved.

However, Serbia’s resistance was broken just after the hour mark. The warning had come when Alex Sandro lashed a left-foot shot off an upright and two minutes later the goal arrived.

Neymar set up Vinicius for a shot that Milinkovic-Savic got a hand to, but the ball broke to Richarlison who followed in to score.

Serbia responded by bringing on Dusan Vlahovic, the exciting Juventus striker who had been struggling with injury.

Yet Brazil had now found their stride and the second goal when it came was worthy of the biggest stage.

A Vinicius cross with the outside of his right boot was controlled by Richarlison who then spun around and leapt to score with an outrageous acrobatic effort.

Brazil could have scored more, with Casemiro seeing a shot come back off the crossbar, but this was a very promising start.