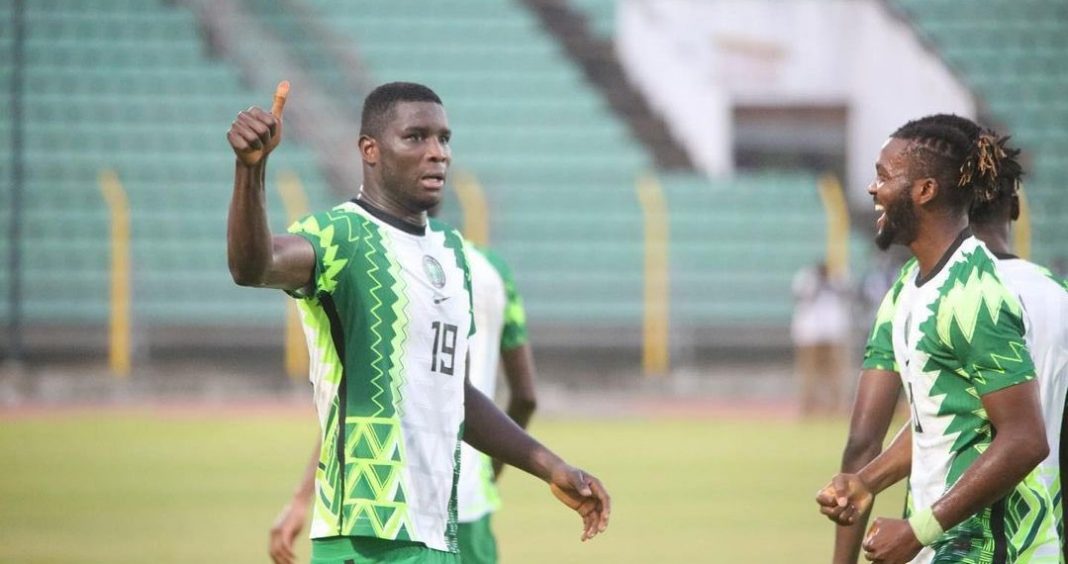 The Super Eagles of Nigeria marked a momentous return to Lagos by making light work of opponents Lesotho in the final qualifying game for the 2021 Africa Cup of Nations (AFCON).

Goals from Victor Osimhen, Oghenekaro Etebo, Paul Onuachu were enough for the Eagles to see off the visitors in a comprehensive 3-0 victory on Tuesday, March 30, 2021.

Gernot Rohr’s side had already qualified for the tournament as group leaders, making the game a dead-rubber, but that didn’t stop the Eagles from putting on a dominant display in front of an enthusiastic home crowd.

Tuesday evening’s game was the first time in 20 years the national team has played in Lagos, and it didn’t take the players too long to give home fans something to cheer as Victor Osimhen scored 23 minutes into the contest.

The Napoli striker, whose earlier goal was disallowed for offside, ran onto a delightful pass into the box from in-form Leicester City striker, Kelechi Iheanacho, to guide the ball past onrushing Lesotho goalkeeper, Sekhoane Moerane.

Rohr’s side continued to dominate the game throughout the first half, restricting the Lesotho side to half chances that failed to materialise into any real threats for Eagles goalkeeper Francis Uzoho.

The Eagles started the second half of the game in equally dominant fashion and were soon rewarded with a second goal in the 50th minute.

Osimhen turned provider this time, laying the ball neatly for Oghenekaro Etebo to put it in the back of the net after a defensive mix-up gave the Eagles advantage inside the Lesotho box.

Nigeria had to wait till the 83rd minute to complete the job as Paul Onuachu finished off a well-taken freekick, side-footing the ball past a helpless Moerane.

The Eagles finish the qualifying round with 14 points gained through four victories, two each against Lesotho and Benin, and two draws against Sierra Leone, including a dramatic 4-4 stalemate on home turf.

The AFCON 2021 tournament, to be hosted by Cameroon, will be played in January 2022.

The tournament will be Nigeria’s 19th AFCON competition with just three titles.