A header by Gabriel Martinelli and an own goal by Marc Guehi led Arsenal to a 2-0 victory over Crystal Palace in their 2022/23 Premier League opener.

In the Premier League last season, the Gunners failed to score until their fourth game. They didn’t have to wait long this time for Gabriel Martinelli to score.

Three minutes into the game, Gabriel Jesus’ mazy run and pass set up a golden opportunity for Martinelli, who mishit the ball wide of the target.

A first-half effort from Oleksandr Zinchenko was beaten away by Vicente Guaita as the Gunners piled on the pressure.

In response to Zinchenko’s powerful header back across goal, Martinelli nodded the ball into the net, making up for his earlier miss. Even though Palace had more players in the penalty area, and still yet they couldn’t cope.

While the visitors had total control, Aaron Ramsdale, otherwise a spectator, threatened to compromise it several times in the first half hour.

It took a little longer to get the ball. Gabriel also survived penalty claims when the ball seemed to fall on his arm.

“I have had this feeling for the first few weeks since the boys started pre-season. They are ready, they look hungry, with that mentality that they really want to win,” Arteta told Match of the Day.

“The team came here to play the way we wanted to play – we were dominant, we were a threat, we were really lively and sharp from the beginning. Then when we felt under pressure we coped with that with resilience.”

It still needed some good defending for Arsenal to claim the points and much of that came from Saliba. Supporters had waited three years and three loan moves to see him in the side and he did not disappoint with a commanding display in difficult circumstances. 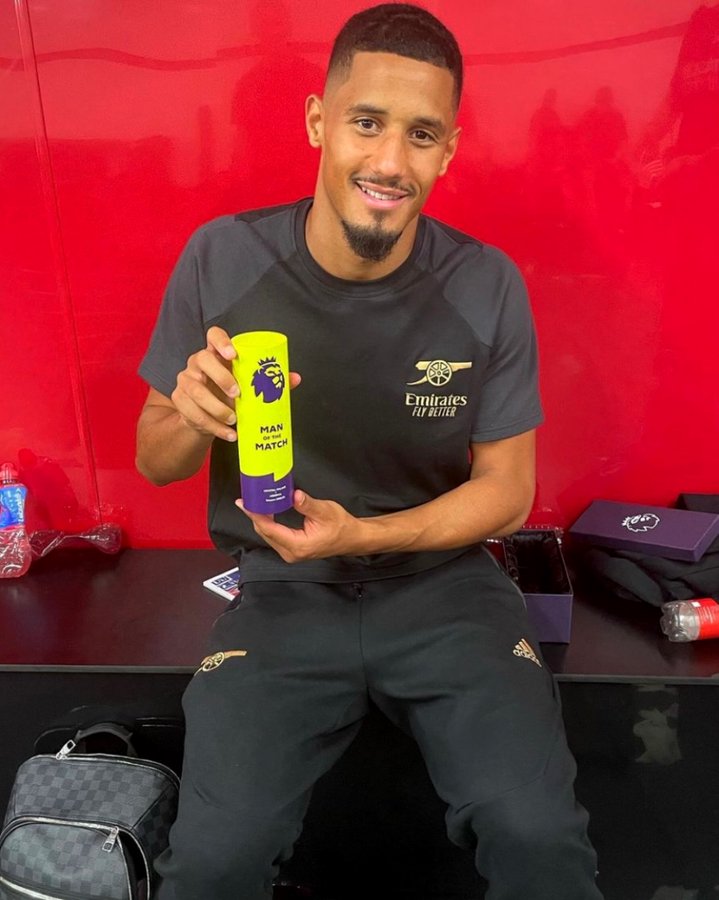 Ben White, pushed to right-back to accommodate the France international, was struggling to contain Zaha. But when White was beaten, there was Saliba. His tackle inside the penalty box early in the second half was expertly timed and absolutely essential.

The distribution was simple but effective. He had the best passing accuracy of anyone on the pitch. When the ball had to be headed away, he was there. No Arsenal player made as many clearances as he did. “He was very impressive,” said Carragher.

“Even before you see him play, he looks like a player, he looks the part. You are just looking for signs of it and for such a young age, how he dealt with that second half, a couple of times helping out Ben White and balls into the box. He looked the real deal.”