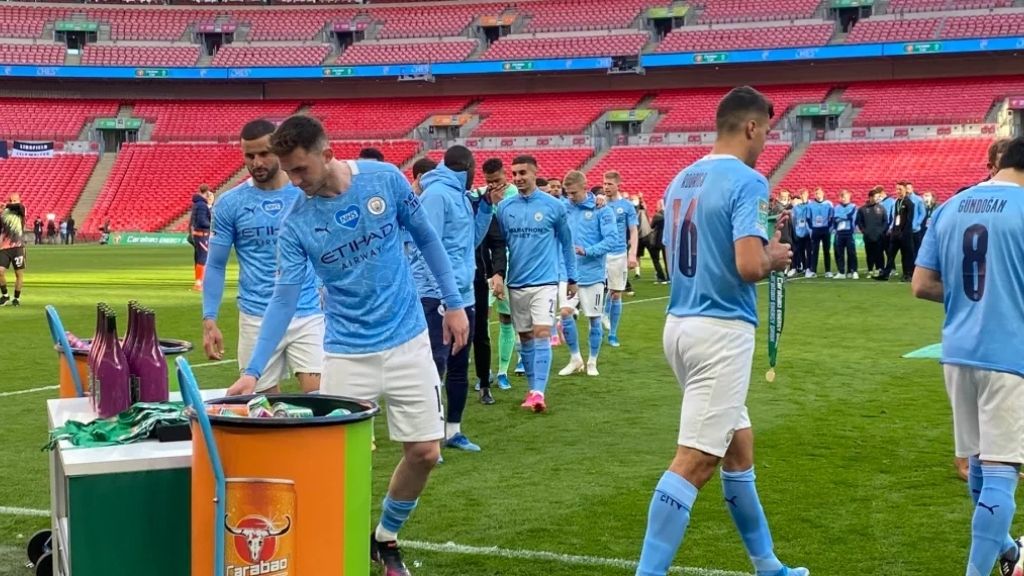 It took 82 minutes before Manchester City’s dominance paid off while Aymeric Laporte headed the winner as Pep Guardiola’s side won the Carabao Cup for the fourth consecutive season and five triumphs in the last six seasons.

Ryan Mason, 29, led this Tottenham side for his second match, having taken over from the sacked Jose Mourinho last Monday.

Although his Spurs’ side were resilient, they were also lucky and grateful for some great saves from Hugo Lloris.

But after 90 minutes, the better side came through to win as City bossed the game with 62 per cent of ball possession with 16 goal attempts.