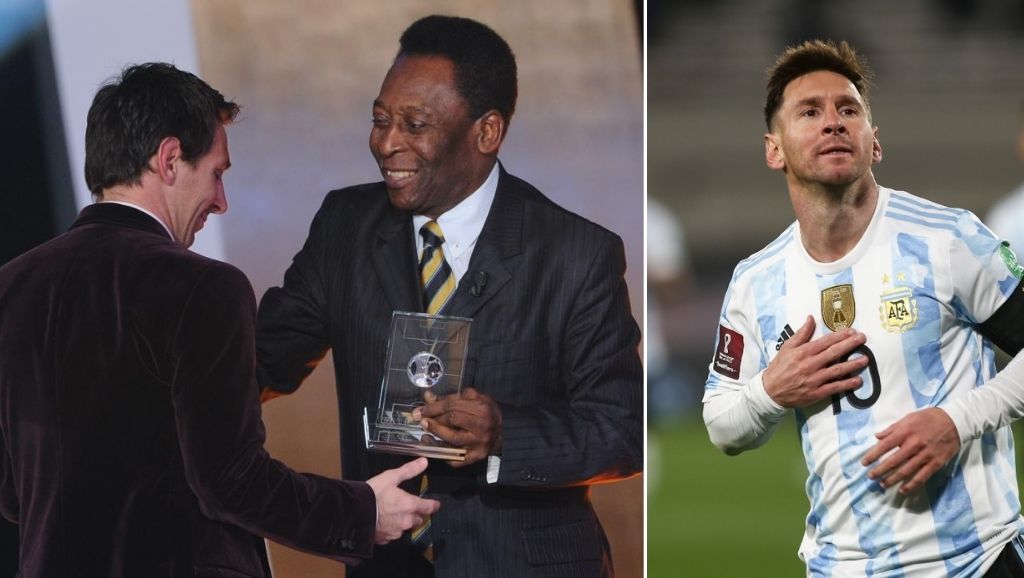 Lionel Messi has once again shown an outstanding class after he scored a hat-trick to overtake Pele as the top international goalscorer in South American football history on Thursday as Argentina cruised to a 3-0 victory over Bolivia in their 2022 World Cup qualifier.

Messi pounced for his 77th, 78th and 79th international goals to keep Argentina firmly on course for a place at next year’s finals in Qatar against a Bolivia team languishing near the foot of the table.

The 34-year-old Paris Saint-Germain forward, making his 153rd appearance for Argentina, drew level with Pele’s longstanding mark of 77 goals in the 14th minute, nutmegging a defender and then curling a sublime shot past Bolivia goalkeeper Carlos Lampe.

He then moved one clear of Pele in the 64th minute with his second of the night, surging into the Bolivian box and playing a one-two with Lautaro Martinez before tucking away a finish from close range.

Messi completed the seventh international hat-trick of his career two minutes from time, burying a rebound from close range after a shot from the edge of the area was only parried by Lampe.

The victory came just four days after Argentina were embroiled in controversy with regional rivals Brazil in Sao Paulo, with the two teams’ qualifier on Sunday abandoned after seven minutes due to a COVID-19 controversy.

Brazilian authorities stopped the game after protesting at the involvement of England-based players Giovani Lo Celso and Cristian Romero of Tottenham, and Aston Villa’s Emiliano Martinez and Emiliano Buendia.

All four players, who were accused by Brazil of falsifying entry records to the country, played no part in Thursday’s game in Buenos Aires after being released from the squad by the Argentina Football Association.

Messi makes PSG debut, gets huge love from Reims’ goalkeeper who asked him to take a picture with his son

Cristiano Ronaldo jets to Manchester United ahead of sensational move, to earn £480K (N338m) per week