Super Eagles and Chelsea legend John Mikel Obi has announced his retirement from professional football at the age of 35.

Intel Region reported earlier that the former Nigeria National team captain announced his retirement via his Instagram account on 27 September 2022.

John Mikel Obi, which birth name is John Michael Nchekwube Obinna is widely seen as one of Africa’s most decorated football stars, having won several silverware for both club and country.

As he won two Premier Leagues, one Champions League, one Nations Cup and many other notable trophies in the world of football. 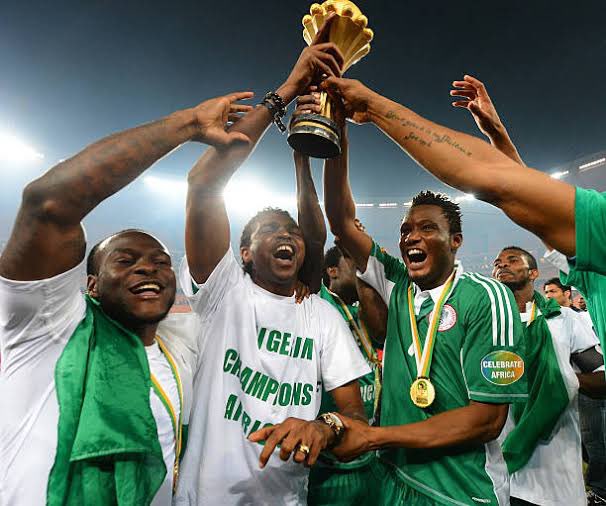 Mikel began his career with local club Plateau United, before joining Norwegian club Lyn at the age of 17 in 2004.

In 2006, he made a controversial transfer to English club Chelsea after Manchester United claimed they had already signed him.

He stayed with Chelsea for 11 years, before moving to China with Tianjin TEDA in 2017. After two years in China, he returned to England on a short-term deal with Middlesbrough, before joining Trabzonspor on a free transfer in July 2019.

Mikel moved back to England in August 2020 joining Stoke City. In a 14-year international career between 2005 and 2019, he played 91 times for Nigeria, scoring six goals.

Mikel started his football career at the age of 12 when picked as a talented footballer from over 3,000 young talents to play in Pepsi Football Academy, a team that at the time was well known for travelling across Nigeria scouting young footballers with the potential to play professionally. 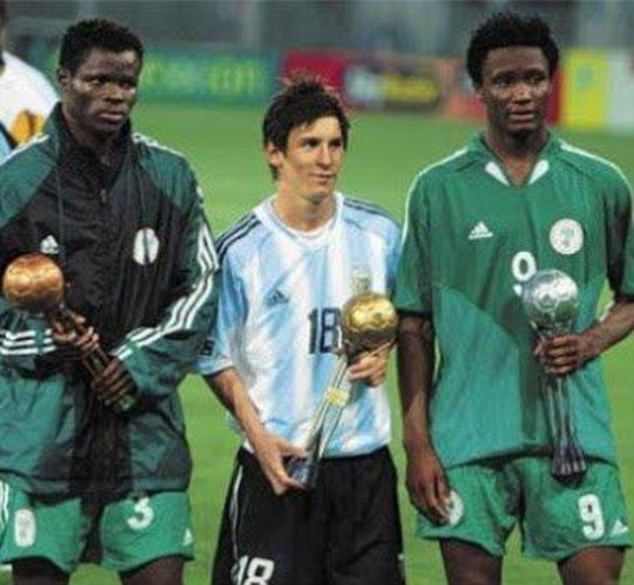 Obi stood out to scouts and was later picked to play for top-flight club Plateau United, a side that had previously developed stars Celestine Babayaro, Victor Obinna and Chris Obodo, among others, that went on to success in European leagues.

Later known as John Obi Mikel, he made headlines for his country at the FIFA Under-17 World Championships held in Finland. Following the tournament, he went on to a trial at South Africa club Ajax Cape Town, ultimately joining Oslo-based club Lyn Fotball in Norway. 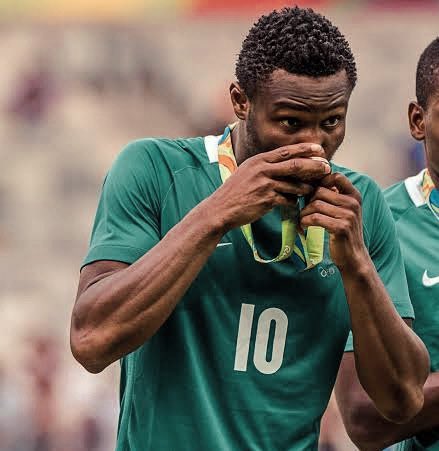 Mikel represented the Nigeria under-20 team at the 2005 FIFA World Youth Championship and won the Silver Ball for the second-best player at the tournament (behind Lionel Messi) as the Africans finished runner-up to Argentina.

He made his debut for the Nigeria senior team on 17 August 2005, when he came on as a second-half substitute in a 1–0 friendly win over Libya.

John Mikel scored his first goal for Nigeria against Zimbabwe and then assisted Christian Obodo for the opening goal of the match.

At the 2013 Africa Cup of Nations, Mikel was a key player for Nigeria as they went on to win their third continental title.

He was named by the Confederation of African Football (CAF) in the team tournament alongside teammates Vincent Enyeama, Efe Ambrose, Victor Moses and Emmanuel Emenike. 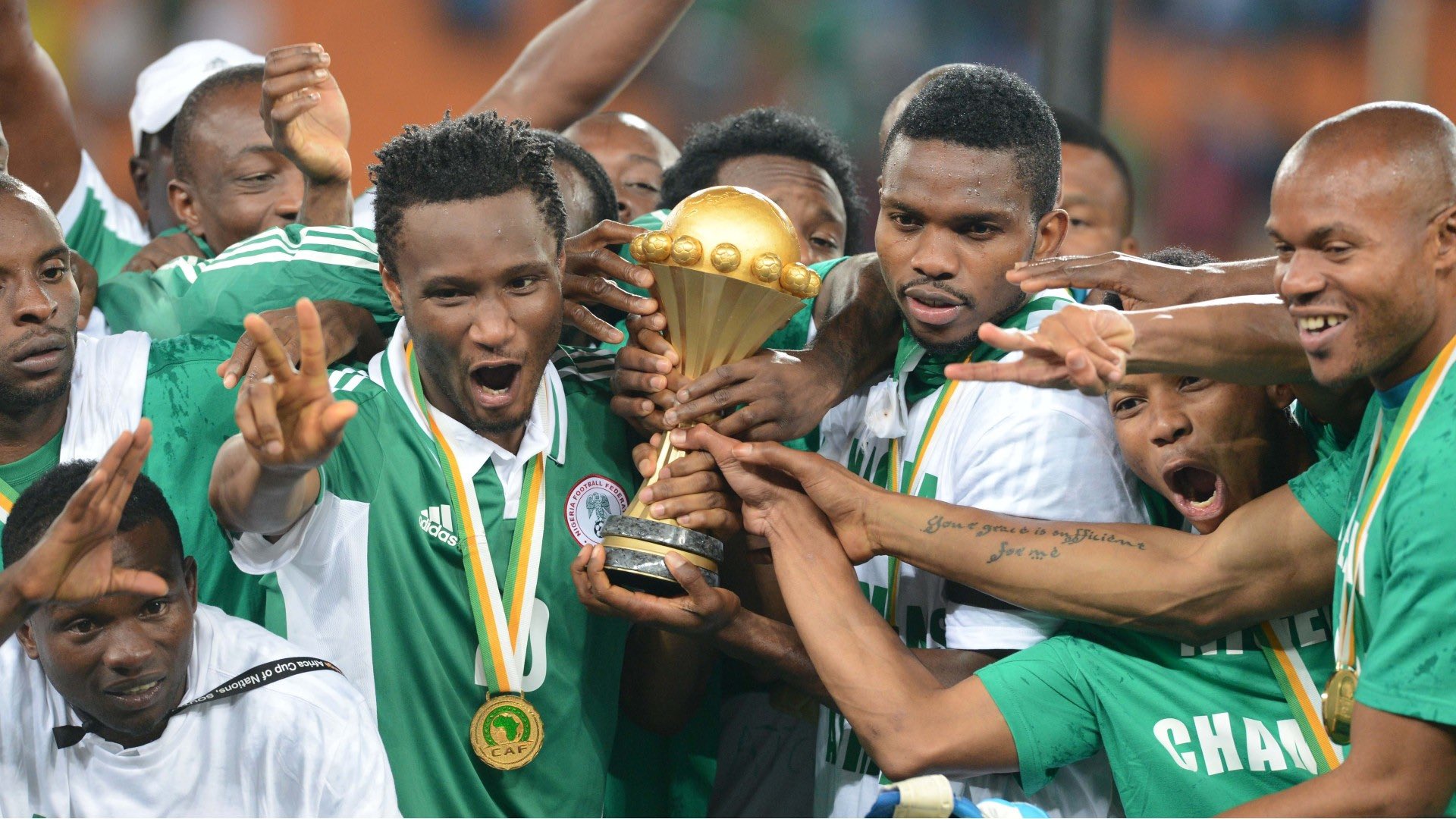 Mikel made his FIFA World Cup debut during the 2014 tournament in Brazil, earning a man of the match award in the Super Eagles’ opening game against Iran and helping the team to reach the knockout stage for the first time since 1998.

On 13 August 2016, Mikel scored his first-ever Olympic goal in a 2–0 win against Denmark to advance to the semi-final.

In a 2018 FIFA World Cup qualification match against Algeria, Mikel scored a goal and assisted his Chelsea teammate Victor Moses in a 3–1 victory.

In July 2019, Mikel said that the 2019 Africa Cup of Nations would be his last tournament for Nigeria.

He retired from international football at the end of the competition, in which Nigeria came third. 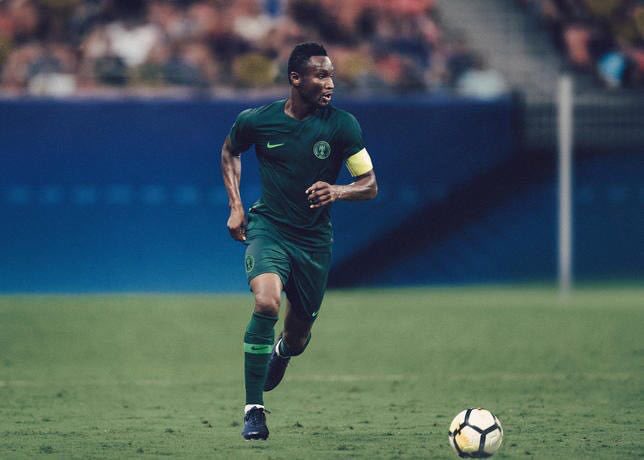 On 29 April 2005, a few days after Mikel turned 18, Premier League club Manchester United announced that they had struck a deal with Lyn to sign the player.

United’s website also claimed that they had done a deal directly with the teenager and that he had signed a contract to join them.

Mikel’s agents were bypassed as the club persuaded the youngster to sign a four-year contract without representation. Lyn allegedly sent a fax to his agents abroad, claiming their services were no longer required by Mikel.

Reports said the deal was initially worth £4 million, and would see the player arrive at Old Trafford in January 2006.

Further substance was added to this claim after it was revealed that the player had impressed Chelsea manager José Mourinho while training with the club’s first-team squad during the summer of 2004.

Rather than leaving FIFA to determine the validity of the contract signed with Manchester United, Chelsea intervened by volunteering to settle the transfer saga through negotiation with Lyn and Manchester United.

On 2 June 2006, Chelsea, Manchester United and Lyn reached a settlement to resolve the future of the player.

Mikel’s registration was to be transferred from Lyn to Chelsea; Manchester United agreed to terminate their option agreement with Mikel.

As a result of this settlement, all claims in this matter were withdrawn. On 19 July, Chelsea were granted a work permit for Mikel after they completed the £16 million signing in June 2006. 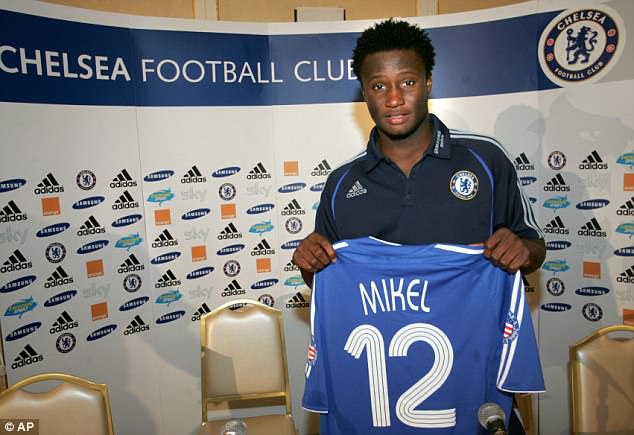 On 12 September 2006, Mikel made his first start for Chelsea in the UEFA Champions League against Bulgarian club Levski Sofia.

At Chelsea Football club where he spent the better part of his career, Mikel helped the Blues to their first Champions League trophy in 2012.

During his time in London, the midfielder lifted every major honour, which included two Premier League titles, the Champions League and the Europa League, FA Cup, and Carling Cup among others.

He had a massive 372 appearances in a Chelsea shirt scoring only six goals during his tint. 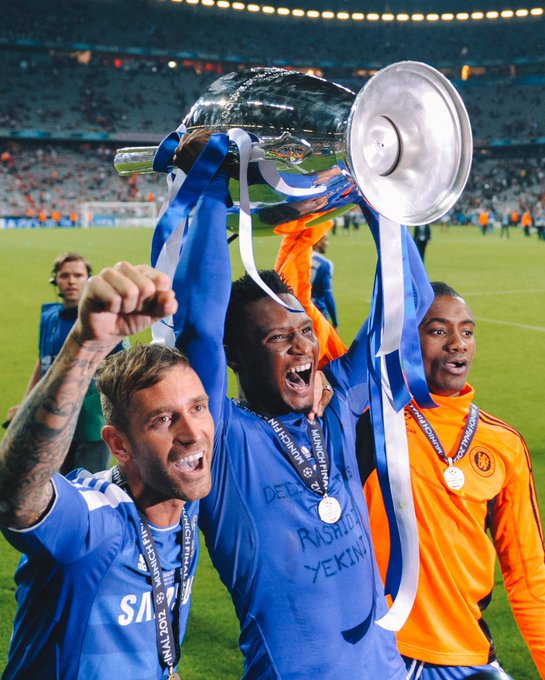 Tianjin TEDA
On 6 January 2017, Chinese club Tianjin TEDA signed Mikel on a free transfer. On 14 April 2018, he scored his second league goal for Tianjin, and the first goal of the season against Guangzhou R&F. He left Tianjin TEDA at the end of the 2018 Chinese Super League season in November 2018.

Middlesbrough
After two years in China, Mikel joined English Championship team Middlesbrough on a short-term deal in the 2019 winter transfer window. The 31-year-old was a free agent after leaving Chinese side Tianjin TEDA.

Mikel made 19 appearances for Boro, scoring once against Rotherham United on 5 May 2019 as the team narrowly missed out on a play-off spot finishing seventh. He was released by Middlesbrough at the end of the 2018–19 season.

Trabzonspor
In the summer of 2019, Mikel joined Trabzonspor on a two-year contract with the option of a further year.

It was announced on 17 March 2020, that Mikel had left Trabzonspor by mutual consent, days after expressing his concerns about the Turkish Super Lig continuing amid the global coronavirus pandemic.

Stoke City
Mikel signed a one-year contract with EFL Championship side Stoke City on 17 August 2020. He made his Stoke debut on 13 September 2020 in a 0–0 draw away at Millwall.

Under Michael O’Neill, Mikel was a key member of the team in 2020–21, making 41 appearances as Stoke finished in a mid-table position of 14th. At the end of the season O’Neill stated that he wants Mikel to stay at Stoke for another year.

Kuwait SC
On 1 July 2021, Mikel cancelled his contract agreement with Stoke and moved to Kuwait SC.

On 4 November 2021, the contract with Kuwait SC was terminated after four months of joining the team, where he played only five matches.

On 27 September 2022, Mikel announced his retirement from professional football at the age of 35. 2022 FIFA World Cup: Choupo-Moting and Aboubakar shine as Cameroon come back from two goals down to draw 3-3 with Serbia (Highlight)

Watch: Hilarious moments as Referee runs for his life after being chased by angry fans