Timo Werner has completed a permanent transfer to RB Leipzig, returning to Germany after two seasons with Chelsea.

The forward is heading back to the club where he enjoyed four successful years before moving to west London, departing Stamford Bridge for his homeland as a European and world champion.

The Champions League triumph in Porto represents the highlight of his time with the Blues and he played his part in our success during his first season in England.

Nobody matched his tallies of 12 goals or 15 assists in all competitions, while only Mason Mount made more appearances for Chelsea in 2020/21.

Werner’s first goal for the club arrived in his fourth game – a sharp turn and finish against London rivals Tottenham – starting a run of eight goals in nine games, including four across two big Champions League wins over Krasnodar and Rennes. 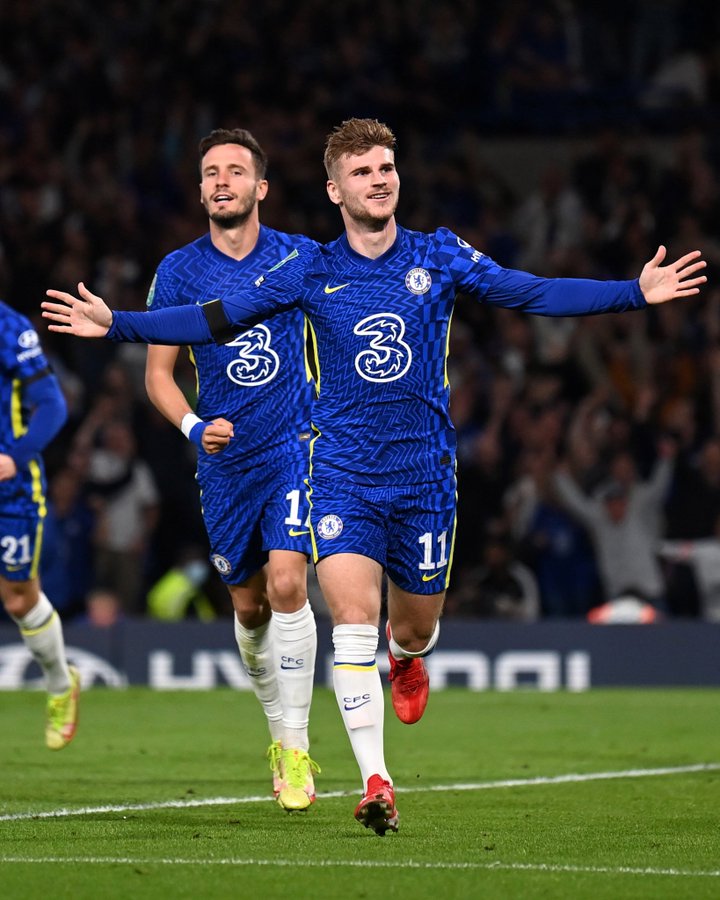 He could not continue that high-scoring form over the winter after a switch to the wing, although matters did pick up again later in the season following the arrival of fellow German Thomas Tuchel as head coach, making some crucial contributions in the closing stages of the campaign, even if he did not return to those prolific early heights.

His performances over the two legs of the Champions League semi-final with Real Madrid were among his best in a Chelsea shirt.

He provided our outlet on the counter-attack and opened the scoring in the second game, before starting the win over Manchester City in the final itself.

Timo Werner bid a farewell to all Chelsea fans all the world through the Microblogging platform, Twitter, he wrote: 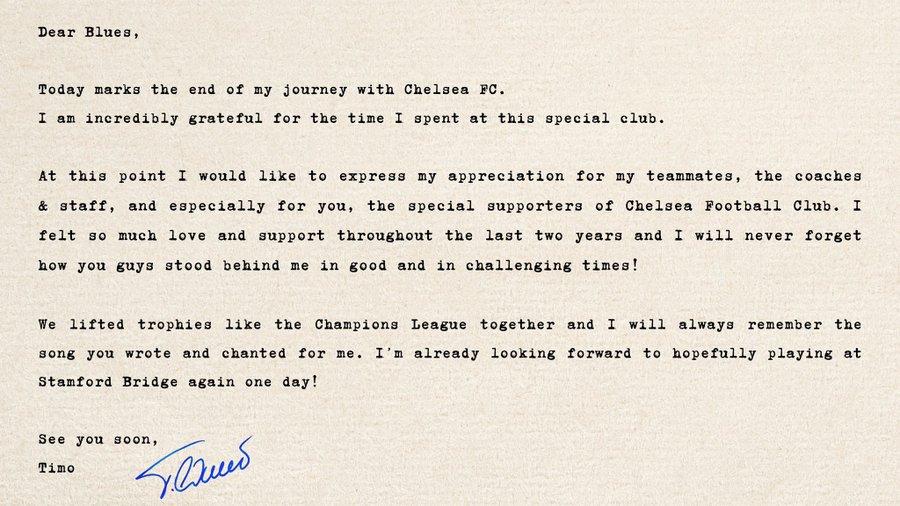 ‘Dear Blues, Today marks the end of my journey with Chelsea FC,’ the German forward wrote on social media. ‘I am incredibly grateful for the time I spent at this special club.

‘At this point I would like to express my appreciation for my teammates, the coaches & staff, and especially for you, the special supporters of Chelsea Football Club.

‘We lifted trophies like the Champions League together and I will always remember the song you wrote and chanted for me. I’m already looking forward to hopefully playing at Stamford Bridge again one day!

A season of ups and downs, interrupted again by a spell out with Covid, briefly sparked to life in April with four goals in as many games.

He also scored a Premier League brace in a 6-0 win at Southampton followed by another strike against Real Madrid before scoring in defeat to Arsenal, although that would be the last time he found the net for the Blues.

In total, Werner’s two years at Chelsea come to an end with him having made 89 appearances for the club, scoring 23 goals.