These figures are irrespective of eventual buy-out clauses in players’ contracts.

Per position, the top transfer values were calculated for Alison Becker among goalkeepers, Joško Gvardiol for centre-backs, João Cancelo among full-backs, Jude Bellingham for defensive midfielders, Phil Foden for attacking Midfielders, as well as for Kylian Mbappé among forwards.

Alisson Becker and Mohamed Salah have the greatest valuation among players aged 30 or over, while Kylian Mbappé, Vinicius Junior and Bukayo Saka top the list for players running out of contract next year June.

Jude Bellingham heads the list of the 100 players worldwide with the top estimated transfer value according to the statistical model exclusively developed by the CIES Football Observatory research team.

His owner club, Borussia Dortmund, could potentially earn up to €208m by transferring the 19-year-old English prodigy.

With Bellingham’s contract running out in June 2025, this is probably the transfer window during which the Germans could make the biggest profit.

Despite relatively short contracts lasting until June 2024, Kylian Mbappé and Vinícius Júnior are also in the top four (both €191m), just ahead of Premier League top scorer Erling Haaland (€175m).

With a contract running until 2027, the latter’s value is set to rise in the coming months to approach or even surpass that of the players ranked ahead of him, including that of his Manchester City’s teammate Phil Foden (€200m), currently second.

The greatest estimated value for players outside of the big-5 was measured for the recent World Cup winner Enzo Fernández (€80m). The estimates for all big-5 league players are available in free access here.

A paper presenting the method used is also available in the peer-review and open access journal Economies. An online platform with the valuations of >30k players from 75 leagues worldwide is accessible by subscription. Do not hesitate to contact us for more information.

First image: contains the list of the first 20 most valuable European players. 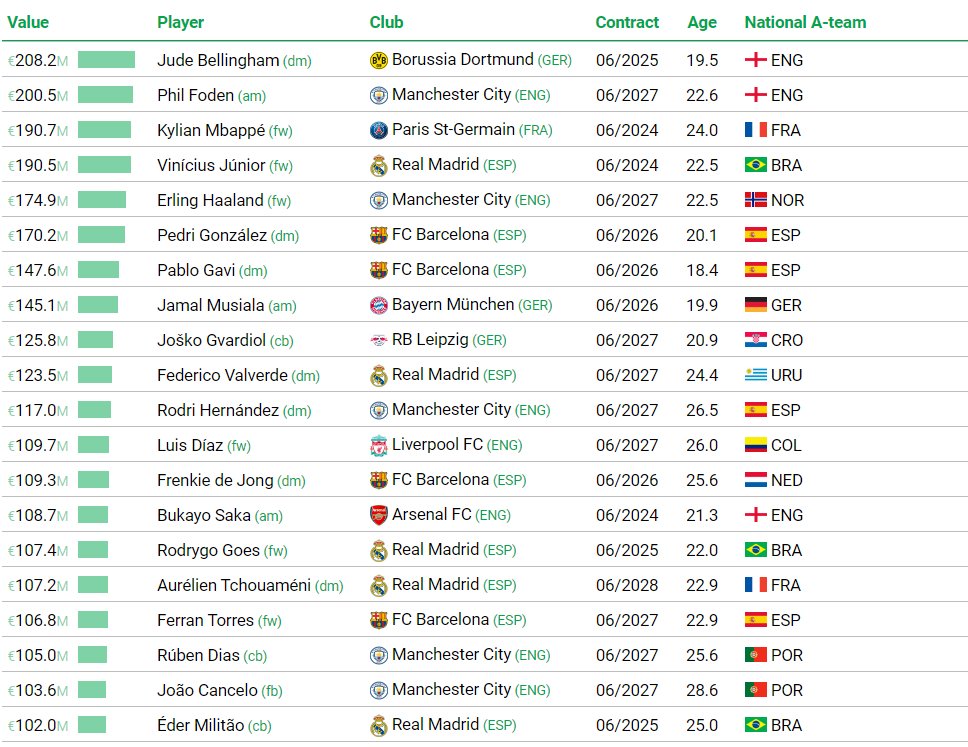 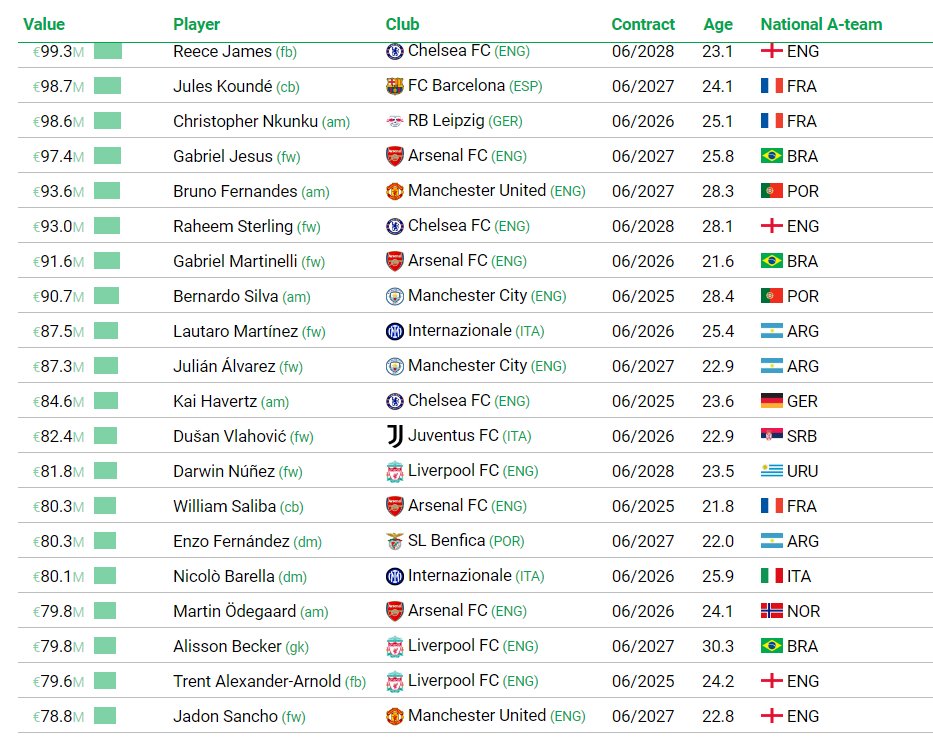 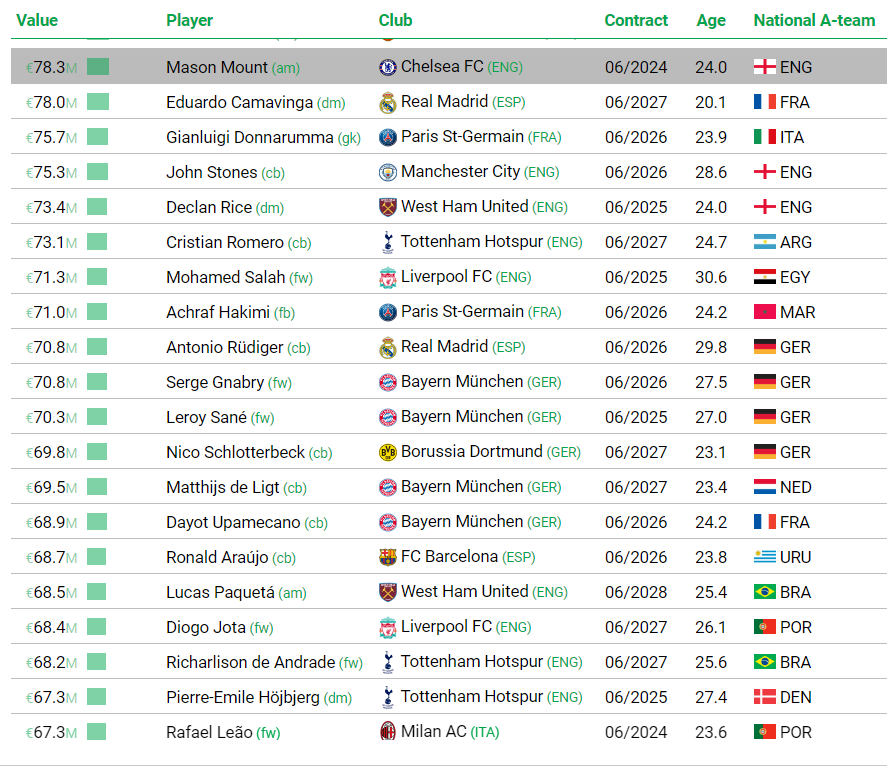 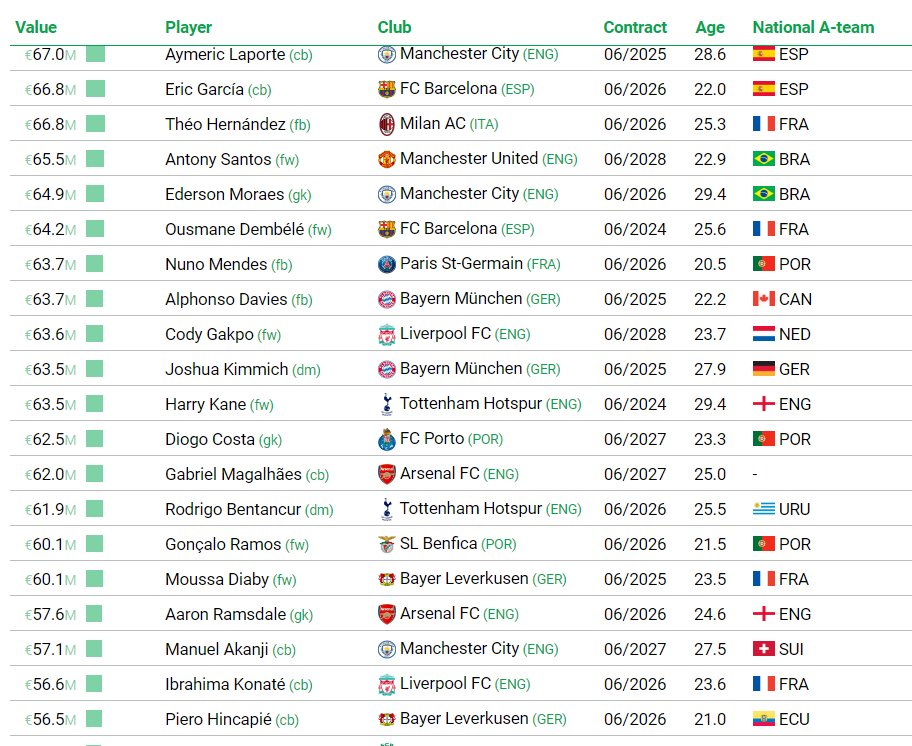 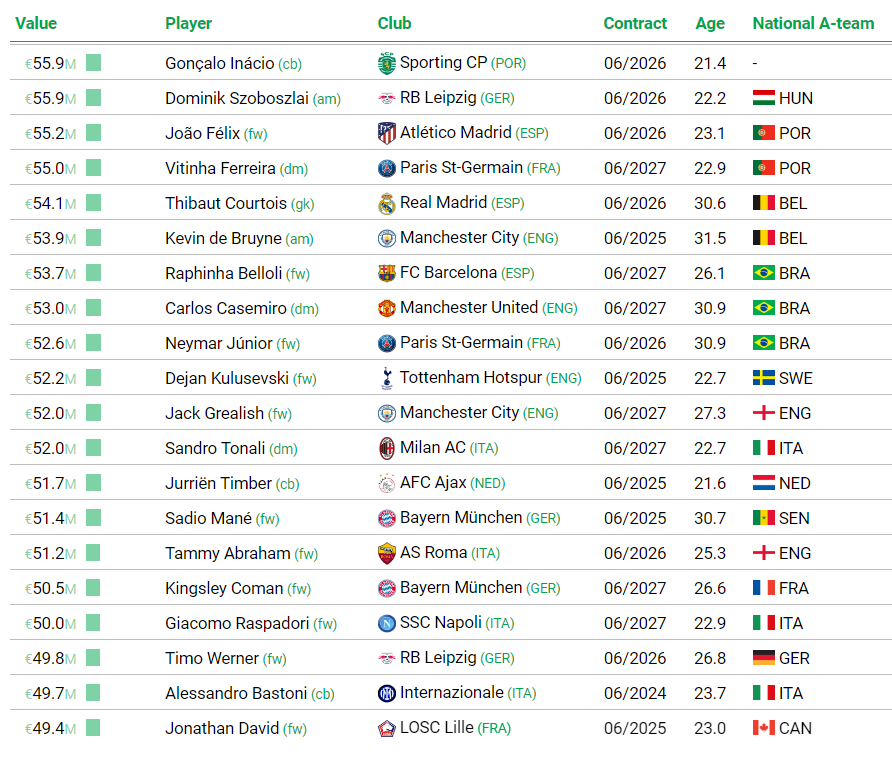