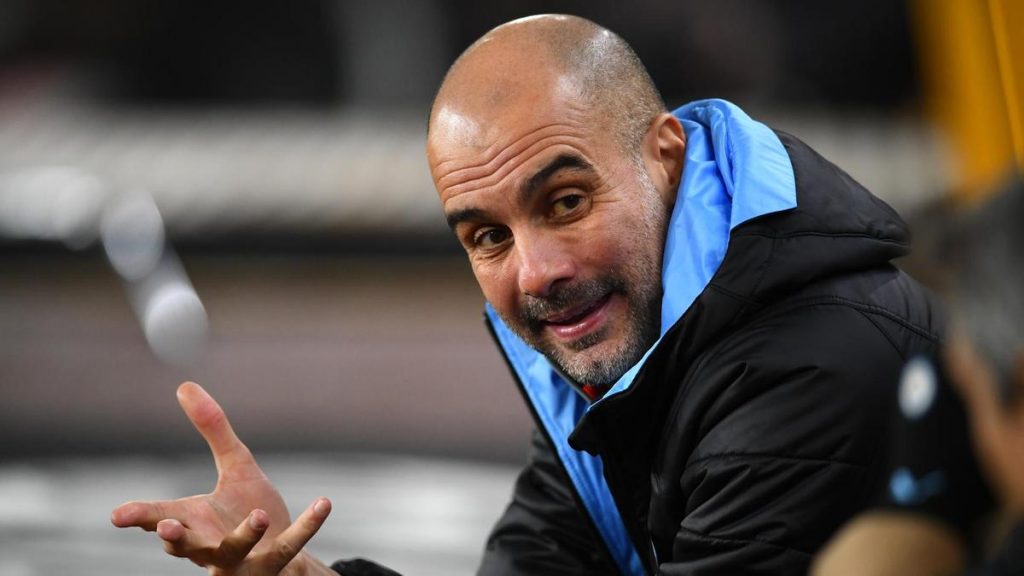 Barca President, Josep Maria Bartomeu has earlier “thanked” UEFA for banning City from the Champions League and Europa League for two years, a shock sentence handed out on Friday which the Premier League champions plans to appeal.

Since the announcement of the ban, several City rivals have praised the UEFA body for imposing such punishment on the English Champions with the latest coming from Barcelona’s President Josep Bartomeu.

The Catalan club, where Guardiola remains a legend, have problems of their own after being accused of hiring a social media company to attempt to damage the reputations of figures such as the City boss and their own striker Lionel Messi.

The reports, which Barcelona have vehemently denied, claim that the campaign was part of an attempt to strengthen the Barca board’s position.

But Guardiola reacted angrily when asked by reporters about both incidents after Wednesday’s 2-0 win over West Ham.

“I don’t know if they spied on me,” he said. “If it happened, they know me so it is not necessary to spy on me.

“And if they are happy we are suspended, I’d say to the president of Barcelona, give us the (right) to appeal, you know.

“He asks right now the people trust what they (Barca) have done, so that is what we’re going to do. We believe that we are right and we are going to appeal and maybe it happens.

“Because everybody’s involved sometimes in situations. But we are going to appeal and hopefully in the future we can play the Champions League against Barcelona.”

Guardiola was talking for the first time since news broke on Friday that his club had been found guilty by UEFA of financial fair play irregularities that saw them hit with the two-year suspension.

That, in turn, led to speculation that Guardiola, who is believed to have a break clause in his contract this summer, would be moved to quit the Etihad Stadium.

After City’s first game since the ban, Guardiola was defiant in his insistence that he will not leave the club.

“It is not finished because the club believes it is unfair and we are optimistic that in the end truth will prevail and next season, if we qualify for the Champions League, we will be there,” he said.

“First because I want to say it is something special but more than the contract I have, I said before and I say now, I will see out my contract.

“I am optimistic in the end it will finish well. Me personally, we speak with the players and the next three months we still have focus on what we have to do and see, in the end, what is the sentence.

“Personally, no matter what happens, I will be here next season.”

In the short term, City now face a battle with the Court of Arbitration for Sport to overturn the UEFA decision and Guardiola insisted he has complete confidence in his club’s claims after talks with chief executive Ferran Soriano.

“What has happened has happened but it is not over,” said Guardiola. “Today, Ferran Soriano said the club are going to appeal.

“I spoke (to him) a little bit about the situation and I am confident in the end, if we deserve it from what we have done on the pitch, we will play next season in Europe.

“I have confidence 100 per cent in the club, I said it before, and right now I am pretty confident we are going to defend our position.

“When someone believes they are right, they have to fight until the end, no matter what. That is what I think the club is going to do.” (AFP)