Thousands of Argentina have flooded the streets of Buenos Aires to welcome players of the national team following their World Cup victory.

The Argentina national team arrived in the country in the early hours of Tuesday morning.

Lionel Messi, the talisman and captain of the team, led his squad to victory over France on Sunday.

In photos and videos shared on social media, several fans thronged the country’s capital to welcome their heroes. 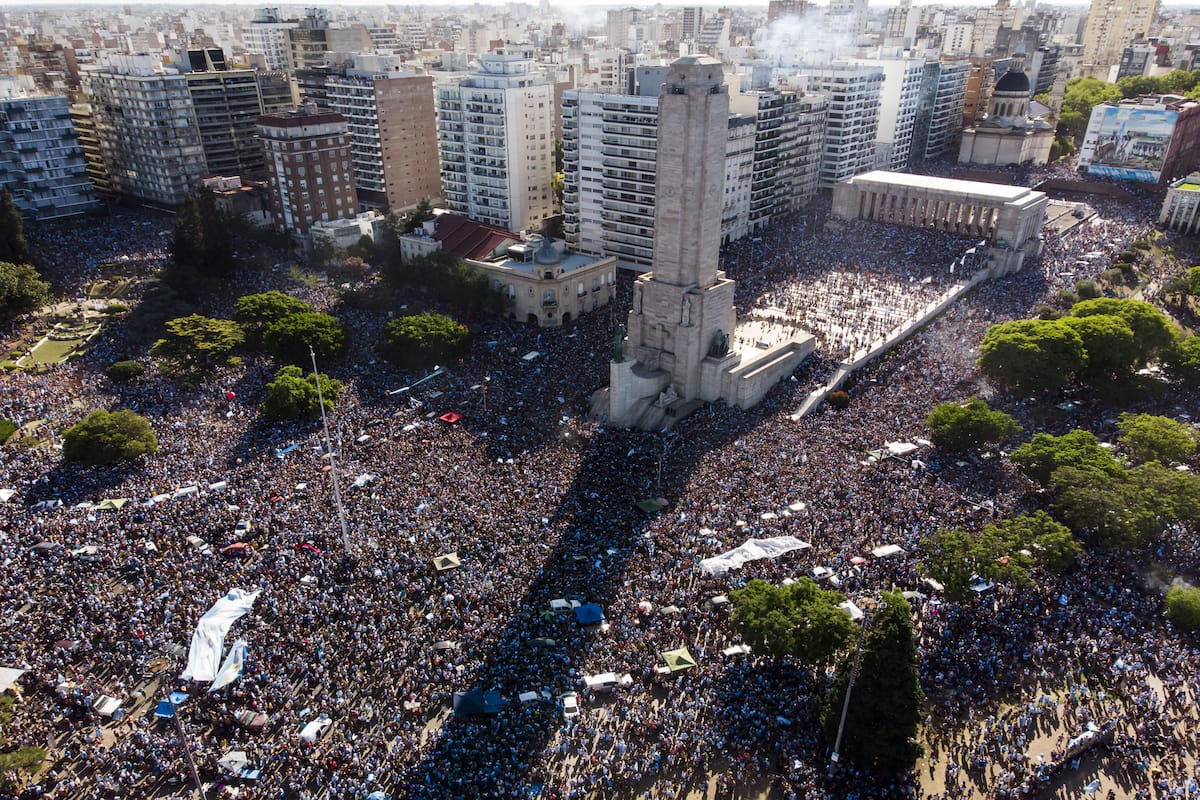 The players descended from the airplane with the technical team and staff, before joining an open top bus for a parade.

Messi scored twice in the final which was forced to penalties by Paris Saint Germain teammate Kylian Mbappe, who netted a hat-trick for France.

The players were welcomed by rock band La Mosca singing Muchachos, a song that was written by a fan to the tune of an old song by the band and became a popular unofficial anthem for Argentina fans at the World Cup in Qatar.

The newly crowned champions of the world boarded an open-top bus and sang along while they waited for everyone to get on, before heading to the AFA headquarters.

The bus moved at a snail’s pace as fans, many of whom were waving Argentina flags, swarmed the bus on a highway, eager for a glimpse of the players as law enforcement officers tried to keep them at bay.

The team is on their way to Ezeiza camp… 🎶🇦🇷

They will rest, get some sleep and will get ready for the upcoming parade

The players will sleep at AFA headquarters for a few hours before later on Tuesday heading to the Obelisk, the iconic Buenos Aires landmark that was a sea of people on Sunday afternoon after the team won the country’s third World Cup, its first since 1986, shattering France’s dream of back-to-back triumphs.