Nigeria’s Tobi Amusan’s world record in the 100m hurdles semi-final at the Athletics Championships in Oregon in July has been ratified by World Athletics (formerly IAAF).

Tobi Amusan broke the 100m hurdles world record with a stunning semi-final time of 12.12 seconds – before taking gold at the World Athletics Championships in Eugene, Oregon.

Almost two months after that race, World Athletics announced on Tuesday that Amusan’s record and three others have been ratified and are now in the record books.

This was disclosed in a statement published on the athletics body’s official website. 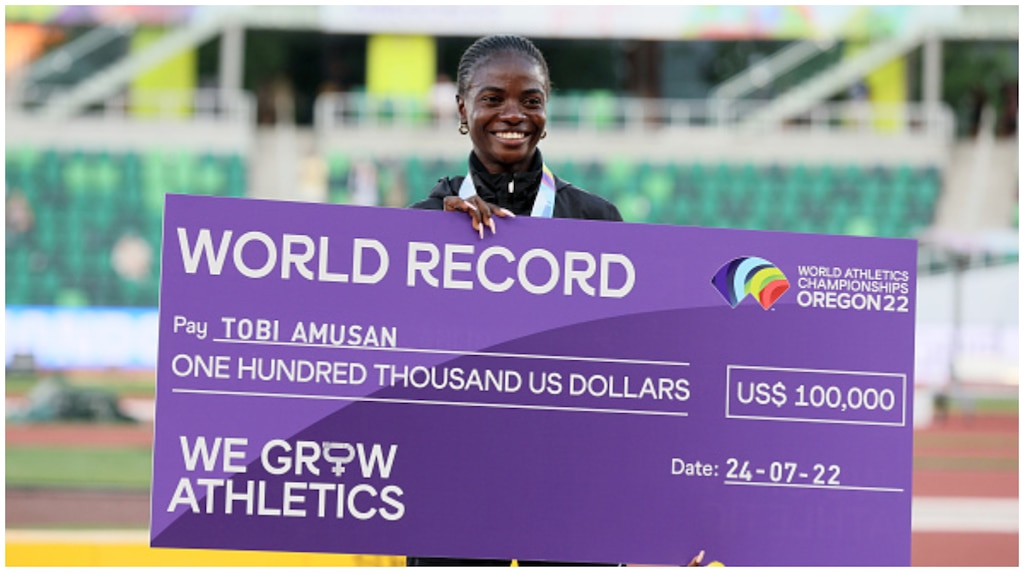 “The goal was to come out and to win this gold, Honestly, I believe in my abilities, but I was not expecting a world record at these championships,” a surprised Amusan had said in an interview after her record-breaking run.

The time of 12.12 seconds makes it the official world record to beat in the women’s hurdles.

“The world records set by Tobi Amusan, Mondo Duplantis and Sydney McLaughlin at the World Athletics Championships Oregon22 have been ratified.

Amusan had a glorious outing in Oregon where she first lowered the African record to 12.40 in the 100m hurdles heats.

Amusan has been in the form of her life in recent, breaking the African record three times in the space of 10 months before smashing the record in Oregon to become Nigeria’s first-ever world athletics champion and world record holder.

She got another record-breaking gold medal for team Nigeria, this time at the commonwealth games in Birmingham, united kingdom.

Amusan lined up in the final as favourite for gold and there was no stopping her as she blazed to a new games record of 12.30 seconds to retain the 100m hurdles she won four years ago in the gold coast, Australia.

The UTEP alumni confirmed her supremacy as the best female hurdler in the world by clocking a new meeting record of 12.29s (-0.3) to break Gail Devers’ 22-year-old record of 12.39s to retain her diamond league title in Zurich on September the 8th.